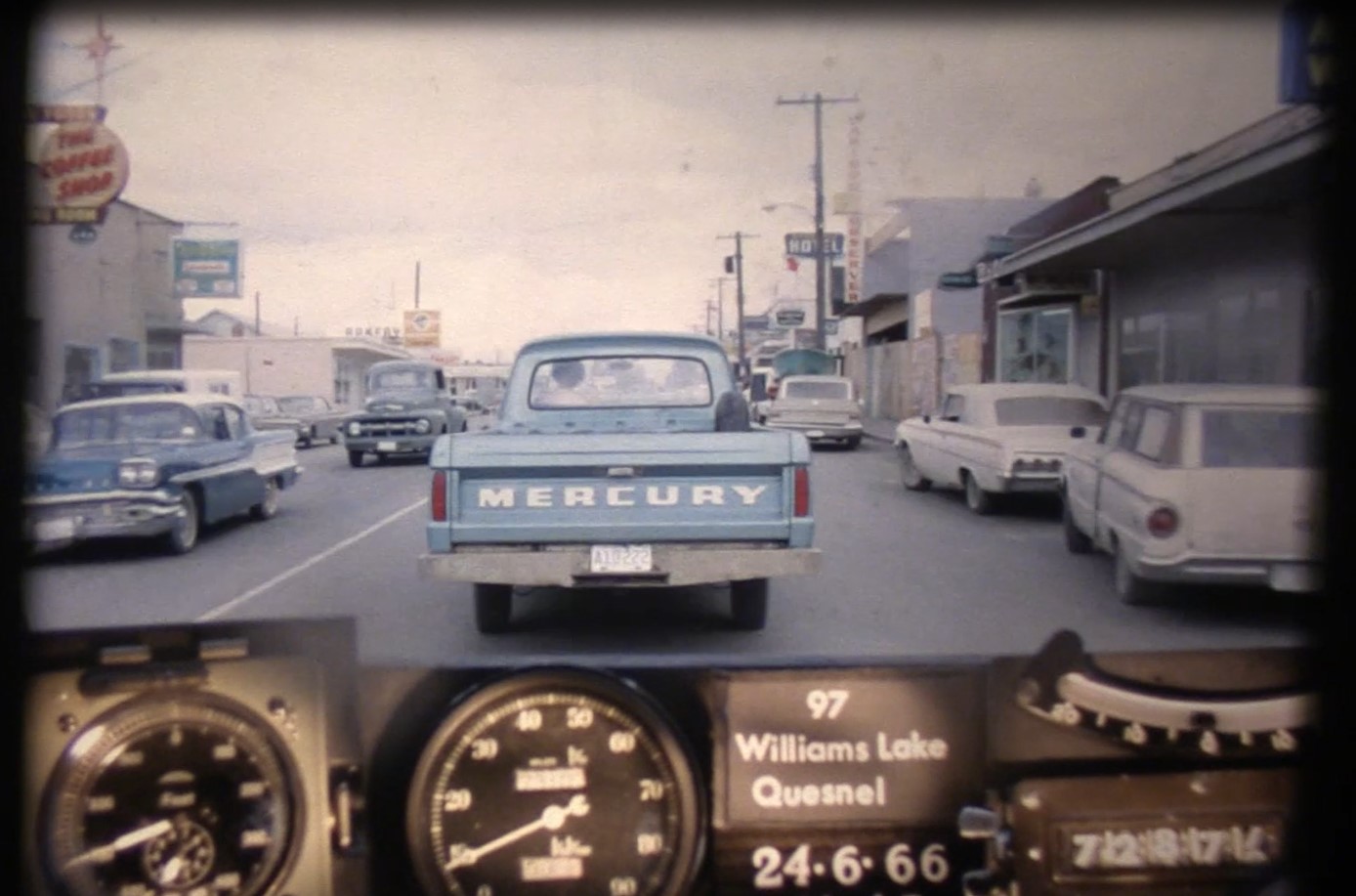 Great Scott! If our calculations are correct, the flux capacitor has taken our beloved BC Road Trip Time Machine back to Highway 97 – between Cache Creek and Prince George – as it was during the spring of 1966!

Ah – Cariboo Country! Much of the highway between Cache Creek and Quesnel roughly follows the route of the original Cariboo Wagon Road and because it’s a long and windy road, we’ve split the trip into two videos – one from Cache Creek to Williams Lake and the other from Williams Lake to Prince George.

So – pull up a chair and settle in for a trip down memory lane.

Long-time locals may recognize old alignments, buildings, signs and vistas but – as with all things – the only true constant is change – and this route has seen its share of changes over time. Along with many standard safety improvements, such as widening, improved signage, turning lanes and exits, we also noticed some of the more significant highway improvements along this route in recent years, such as:

These videos connect up with a couple other installments in our Road Trip Time Machine series – so be sure to have a look at Highway 97 as it was between Prince George and Dawson Creek as well! 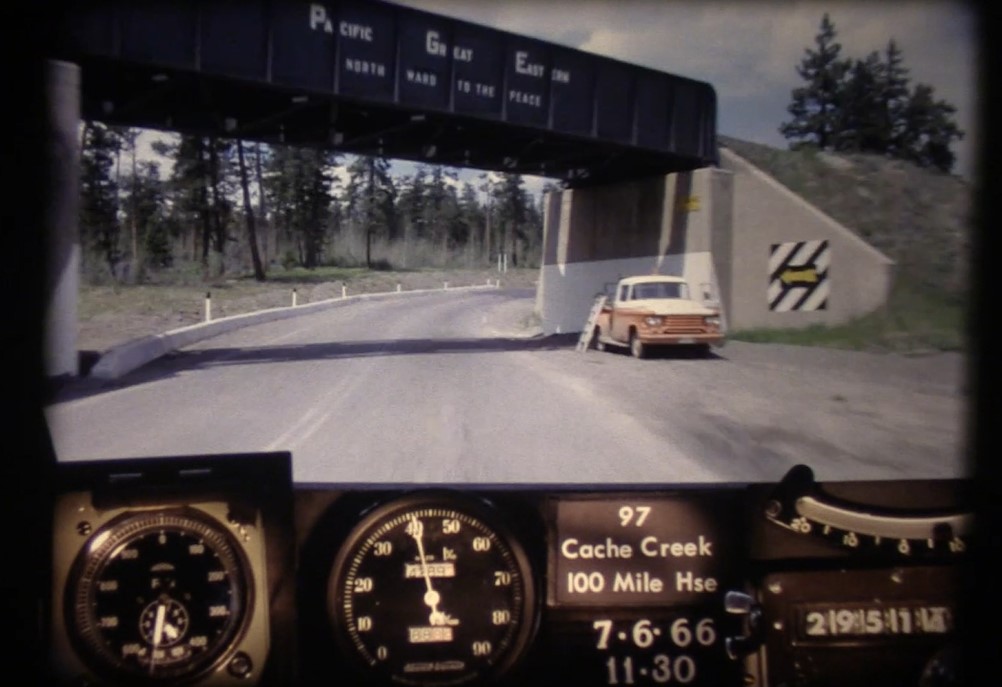 Where Did Our Road Trip Time Machine Videos Come From?

We captured these nostalgic videos (or photologs) digitally from 16mm film reels taken in 1966. The original photologs were collected by rigging a camera apparatus onto the dash of a van that took still images about every 80 feet. These images were then combined into a single film reel for each route. As far as we know, the “Highways Department” (as it was then known) was the first organization in Canada to collect information this way in order to create a visual record of road condition information from across the province, thereby allowing our engineers to study a stretch of road without having to travel there. Pretty cool, eh? Looking back on these old reels reveals a lot more than just pavement condition. The camera driven through more than 9,000 km of BC highways captured some incredible glimpses of our province during the heyday that was the 60s.

If you’ve been riding along with us, you’ll know we’ve toured many other parts of the province in our BC Road Trip Time Machine travels. Looking for a particular stretch of BC highway in this series? Check out the full playlist on YouTube. We also have a collection of still images taken from each video on our Flickr site so, check them out too! 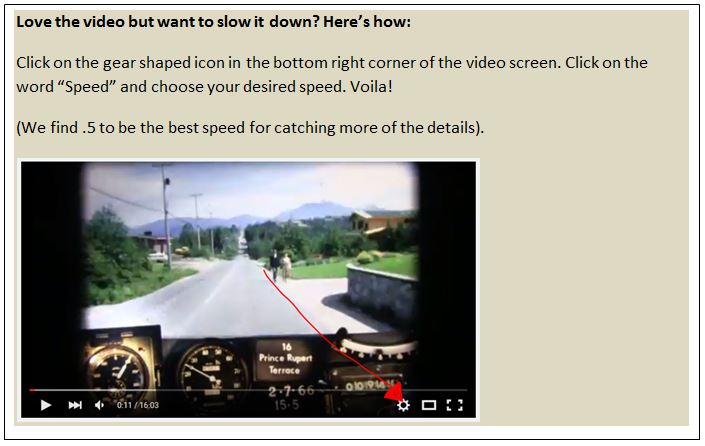 If you liked this blog, check out some of our other, awesome historical content: 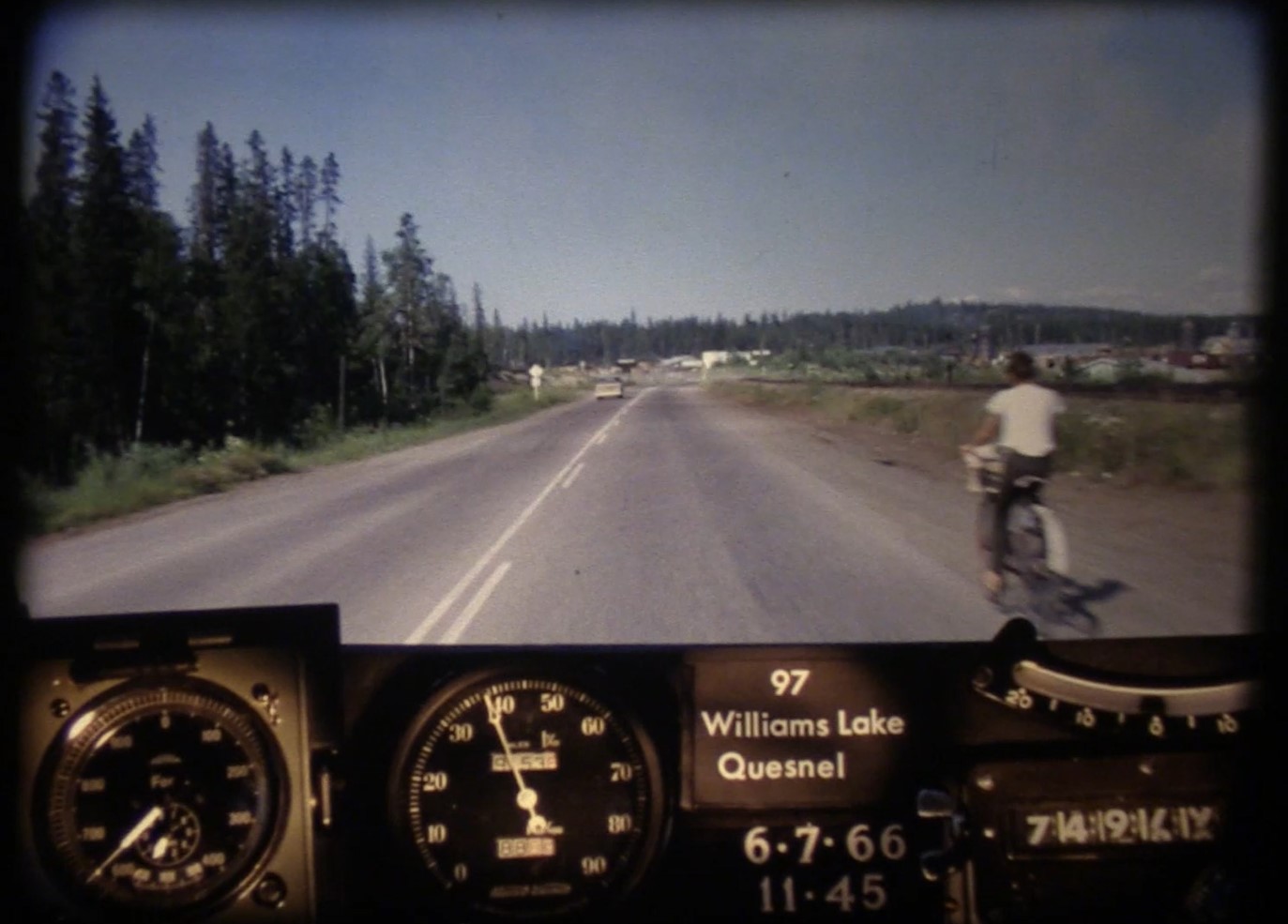