Hey Victoria! Are you ready for your time travel close up? That’s right folks, we’ve pointed our BC Road Trip Time Machine at Highway 17 on Vancouver Island and captured the provincial capital as it was in the spring of 1966. We know you are eager to see it so, hop in and get ready to roll down memory lane.

This busy corridor actually consists of two separate highways, one on southern Vancouver Island, the other on the lower mainland, connected by a ferry.

Known locally as the Pat Bay Highway, the island section of BC Highway 17 runs between Victoria and the Swartz Bay Ferry Terminal, north of Sidney on the Saanich Peninsula.

A lot has changed on this route over the years, almost too much to list, so keep your eyes peeled for these video highlights: 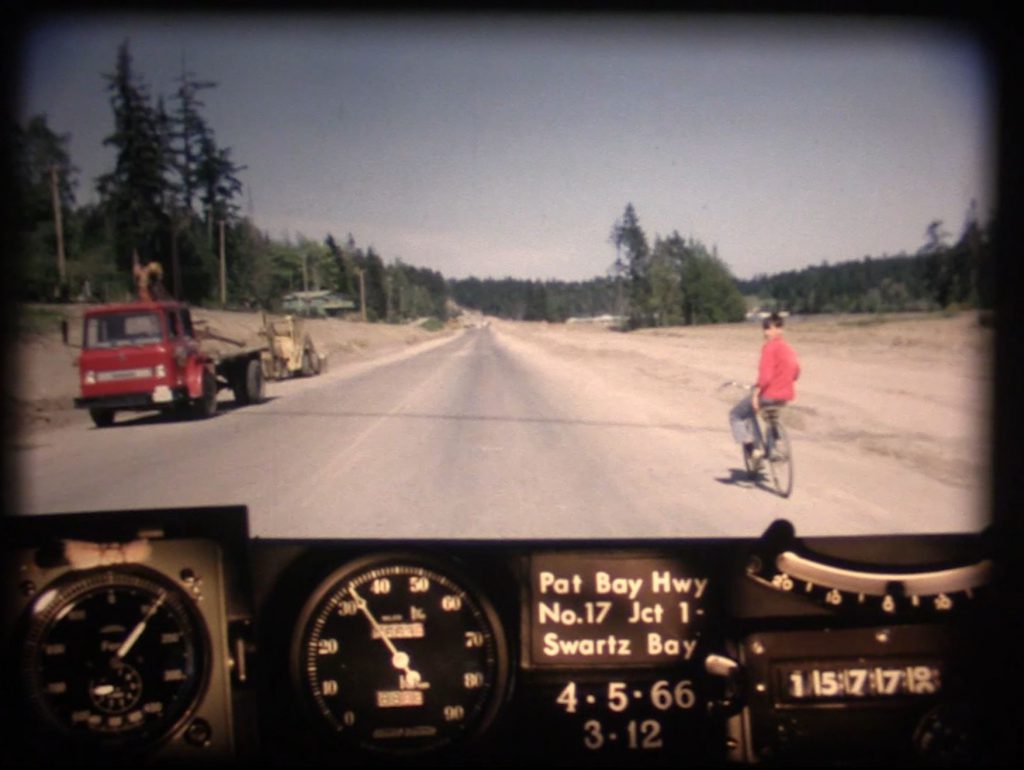 “Photologs” were created to capture road condition information across the province and give our engineers the ability to study a particular stretch of road without having to travel into the field.

The original photologs were collected by rigging a camera onto the dash of a car that took still images every 80 feet or so and then running them all together as a single film. Pretty cool, eh? As far as we know, the “Highways Department” (as it was then known) was the first organization in Canada to collect information this way.

Looking back on these old reels reveals a lot more than just pavement condition. The camera installed onto the dash of a car and driven over 9,000 km of BC highways captured some incredible glimpses of our province during the heyday that was the 60’s. So, sit back, relax and watch this glimpse of a world long gone by in the rear-view mirror.

Are you patiently waiting to see footage of a particular BC highway that we haven’t shared yet? Let us know in the comments below. Check out our favourite still images from this film and from other photologs; or, see  films of other BC Highways captured so far on our journey. You can also check out some of our other historical content here: 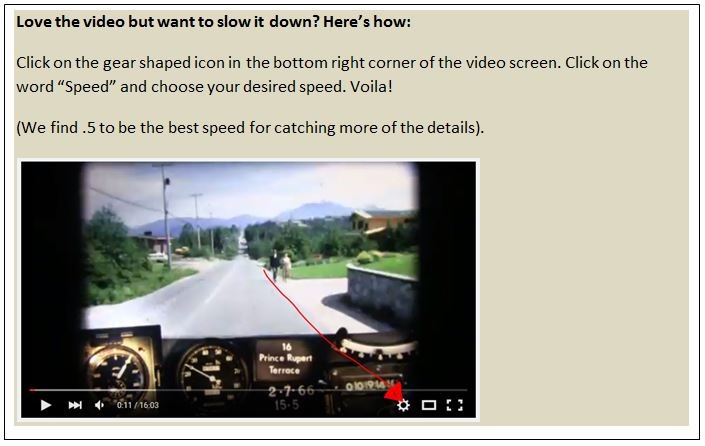