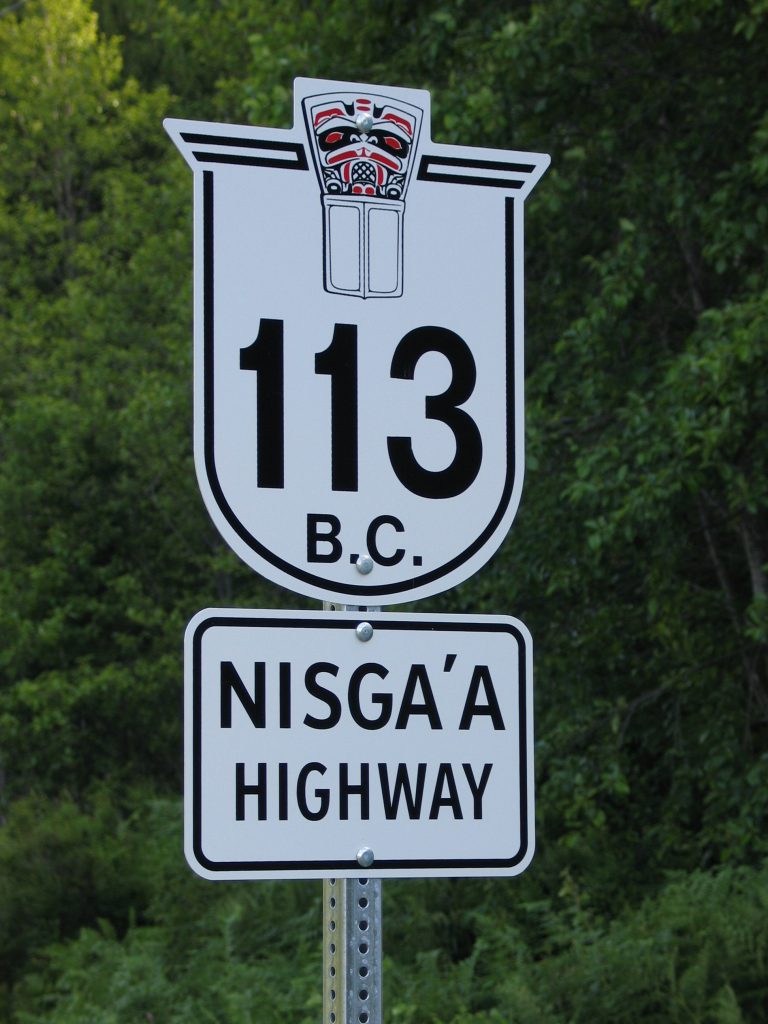 What’s in a Number?

Highway 113, also known as the Nisga’a Highway, heads northwest into the Nass Valley from Terrace. The highway number marks the years it took for the Nisga’a Nation to reach a treaty agreement with the governments of Canada and British Columbia. The Nisga’a Nation’s journey began in 1887, when a group of Nisga’a chiefs paddled from their remote home to Victoria, to speak to provincial representatives about resolving issues with newcomers arriving in Nisga’a traditional territory.

In 2000, the historic Nisga’a treaty was signed, and part of it required that the road to three Nisga’a villages be paved and brought up to provincial highway standard. A 30-kilometre road was also to be built to provide motor vehicle access to the village of Gingolx, which was accessible only by boat and floatplane.

The Nisga’a Nation and the Ministry of Transportation and Infrastructure have since worked in partnership to fulfill the terms of the treaty related to roads, and to upgrade and maintain the highway. Nisga’a people were employed on the treaty-related road improvements and the link to Gingolx. The ministry continues to provide road maintenance and safety improvements, as it does around the province, to protect lives and support trade.

For the first time in modern history, the Nisga’a people have the legal authority to conduct their own affairs — self-government. The Nisga’a Lands Department carefully monitors road conditions and works with the ministry on a government- to-government basis. Nisga’a enforcement officers and the RCMP sometimes conduct road checks to keep the Nisga’a Highway and communities safe.

The Nisga’a chiefs travelled a long way in 1887, and the numbering of Highway 113 recognizes the Nisga’a people’s steady persistence to secure a treaty. Today, the route brings new opportunities as the Nisga’a make decisions over their land, forests, fishery and lives.