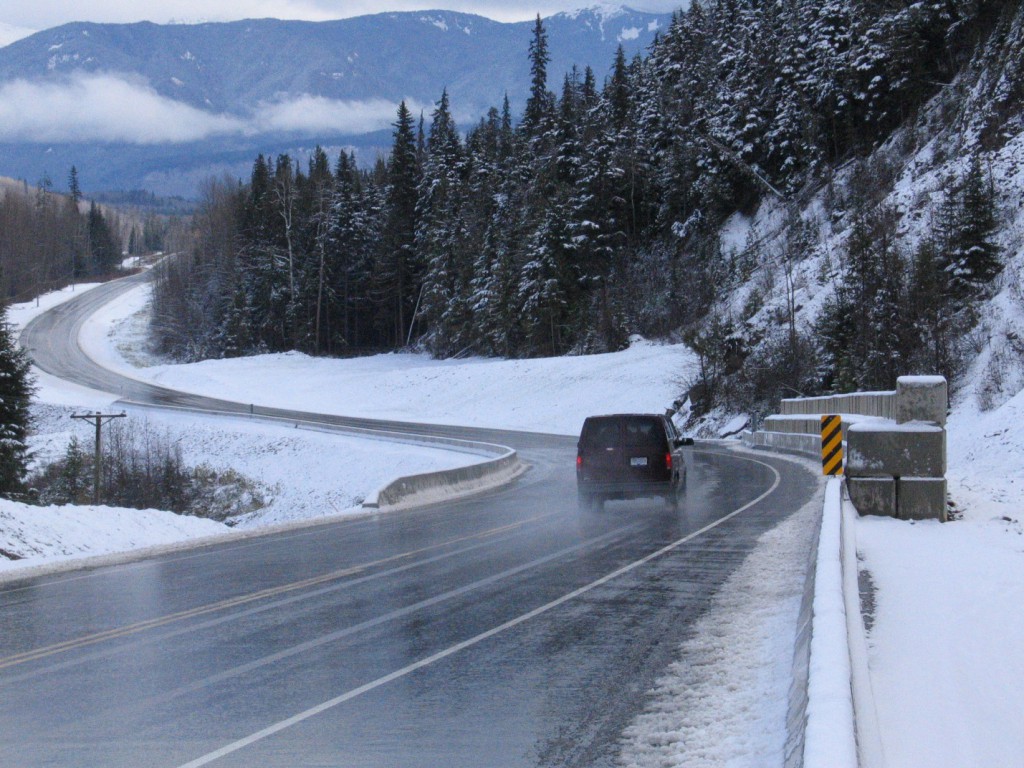 Picture this. You’re driving your car on a northern highway in British Columbia. It’s just before 8 am on a frosty February morning. While the road appears bare, you do notice snow along the side of the highway as you drive.

Should be clear sailing – right? Don’t be so sure.

This is exactly when you should be on the lookout for black ice, so don’t let your winter driving guard down just yet. Even though our maintenance contractors are out on BC highways, day and night, doing their part to keep travellers safe – it’s your job to slow down, drive to winter conditions and always expect the unexpected.

What exactly is black ice?

Black ice is a thin coat of glazed ice on a surface. And it isn’t black – it’s actually clear, but it takes on a dark colouring from the pavement below it. Because it is so thin, it is often invisible to the human eye.

Black ice can form in many ways but the most common way is from melting snow on or beside the road. After a winter storm, when temperatures climb above freezing during the day, snow will melt into water. Add another sharp dip in temperatures later in the afternoon or during the night and any standing water will freeze into black ice.

Where is it most likely to form?

Be extra vigilant while travelling on roads that don’t get much sunshine, like the floor of a mountain valley or along a tree lined street. Bridges and overpasses cool from above and below and freeze much faster than other parts of the road. Even water vapour from rivers and streams can, under the right conditions, freeze into black ice on the roadway. 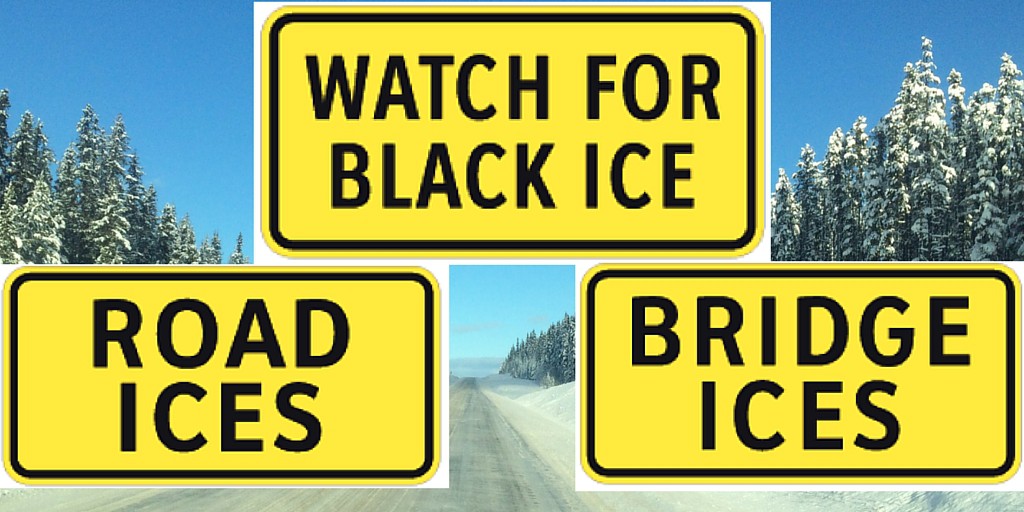 What to do if you hit black ice

Stay calm. Keep the steering wheel straight and DO NOT hit the brakes. Instead, ease off the gas pedal and if you can – shift into a lower gear to gain more control. Steer the car in the direction you want it to go.

What to do if you lose control on black ice

If you have to brake, try to brake as little as possible. If your car has an anti-lock braking system, put your foot firmly down on the brake and the car will pump the brakes as you skid; if you don’t have ABS, pump the brakes lightly. Another tip while driving during winter conditions – avoid cruise control. Using cruise can actually make you lose control. Not a good thing.

How do our maintenance contractors tackle black ice?

Our maintenance contractors monitor road and weather conditions 24/7. If they see conditions in the forecast that can create black ice, they hit the road with a variety of anti-icing tools to battle it including: salt and sand – even beet juice! We’ll do whatever it takes to keep the travelling public safe and black ice is no exception.

So, there you have it: black ice de-mystified. Do you have a question about this or any other transportation related topic? Let us know in the comments below. Safe travels!