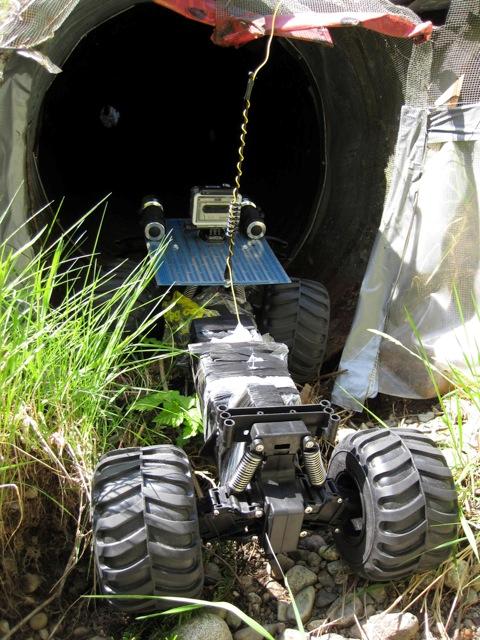 Most jobs discourage playing with toys. But when it comes to maintaining the many amphibian crossings on Vancouver Island, only a mini monster truck will do.

The Ministry of Transportation and Infrastructure modified a remote controlled truck to inspect the small highway underpasses that offer amphibians and small mammals safe passage from one side to the other. The culverts are too small for ministry workers to crawl through for inspections, so they use this four-wheel-drive “culvert crawler” for the job.

Powered by a 7.2 volt battery, the culvert crawler is specially equipped with a digital camera and two small flashlights that act as headlights (as you can see in the photo, we had to remove its fancy monster truck body). Since it’s powered by all four wheels with active suspension, the truck is able to perform some serious off-roading through muck and over debris. And when the crawler does get stuck, a long cord allows the driver to pull it out of the culvert manually. So far, the longest culvert the crawler has journeyed through was on Highway 4 and measured about 30 metres.

The tiny truck has a big job. With more than 50 amphibian crossings from Nanaimo to Campbell River, Highway 19 has the longest series of small underpasses in the world – a little TranBC Trivia for you. These passages are important to the survival of protected species such as the red-legged frog and the Western Toad. In fact, a record migration of juvenile Western toads happened a few years ago across Highway 19 near Pup Creek, north of Courtenay, with an estimated 50,000 toads crossing per day over eight weeks.

It’s important to keep these culverts in good condition for the safety of highway travellers, too, as damaged culverts can lead to damaged roads.

Ministry co-op student Kiara Smith worked with the ministry electrical team and Wildlife and Environmental Issues Specialist Leonard Sielecki to put the crawler to work, recording video and measuring temperatures inside the culverts. 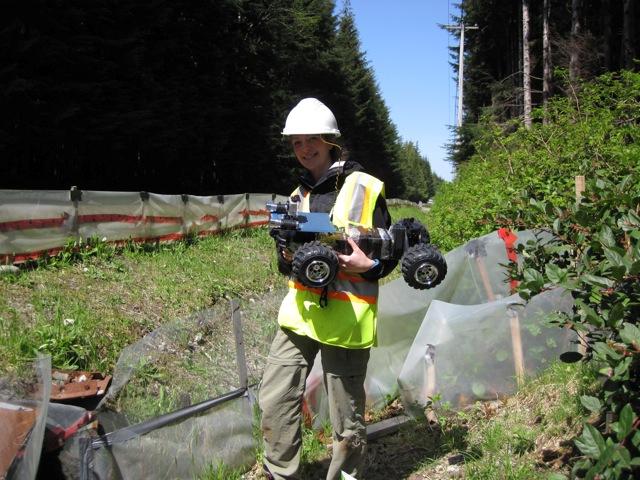 “I thought it was great that, with a few alterations by the guys in the electrical department and a few innovative ideas from Leonard, we managed to turn a regular toy into a field tool,” she said.

Habitats inside culverts evolve over time. Keeping ongoing visual records of each culvert allows the ministry to consult with amphibian experts to determine areas that may be beneficial or harmful to travelling species. Red-legged frogs, for instance, often take shelter under logs to stay cool and damp. The ministry also works with biologists to track migration routes, and the culvert crawler is an important aid. 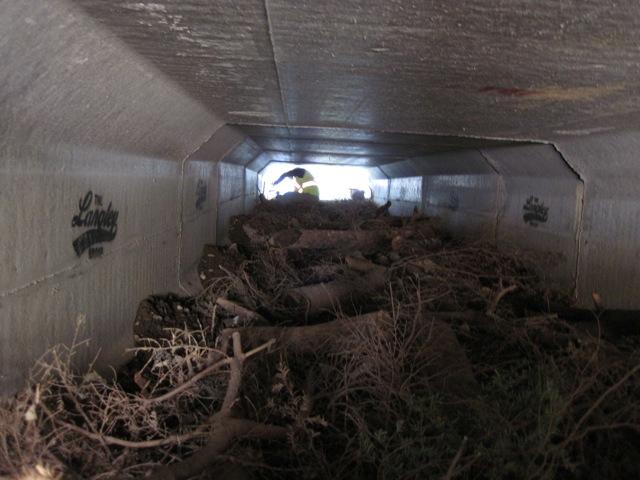 So, you see, playing with toys can be a serious activity. Who knew a few creative tweaks could turn a mini monster truck into an important tool for wildlife protection and traveller safety?

1 comment on “Behind the Scenes: Monster Trucking for Wildlife Safety”