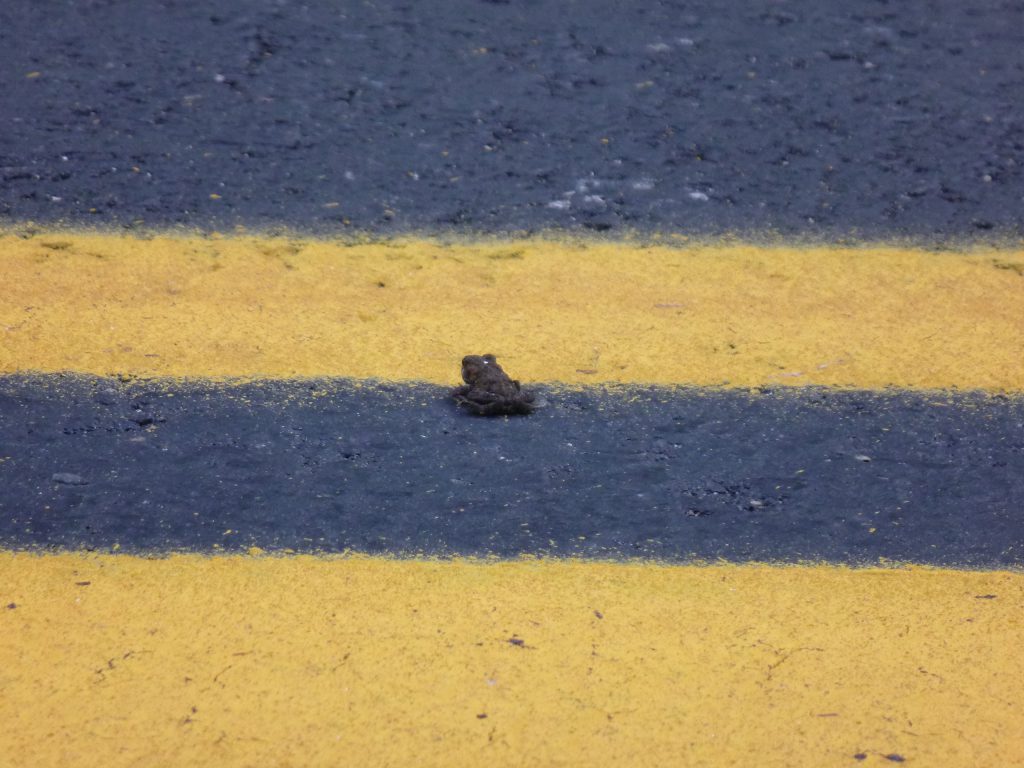 National Wildlife Week is a great time to remind travelers to be careful and watch out for wildlife along our roads. But we also want to mark the occasion by sharing a story with you about one species we encountered with an unstoppable drive to travel.

We’re sure you’ve probably encountered some form of wildlife in your travels – a deer, a rabbit, a moose or a bear.
Something large and easily seen. But there are a lot of other creatures that use our roads, too. Snakes, turtles and toads to name a few.

In fact, just a few years ago, we had a record migration of juvenile Western Toads across highway 19 near Pup Creek north of Courtenay.
The scale of the event was nothing short of staggering and was completely unprecedented in the ministry’s history. The migration took place over an eight week span, and at its peak an estimated 50,000 toads were crossing a day!

The ministry worked with Elke Wind, one of Canada’s leading Western Toad experts, as well as environmental consultants, contractors and volunteers to build temporary amphibian fencing, capture the toads and transport them safely across the highway. The solid median barrier was also removed and replaced with a different barrier that would allow toads that got past the fencing to pass more easily. Warning signs were put up and the curbside lane was closed to make it safer for the toads and for the people trying to help them. It was an incredible team effort, and thanks to those involved, hundreds of thousands of toads were able to get where they wanted to go. 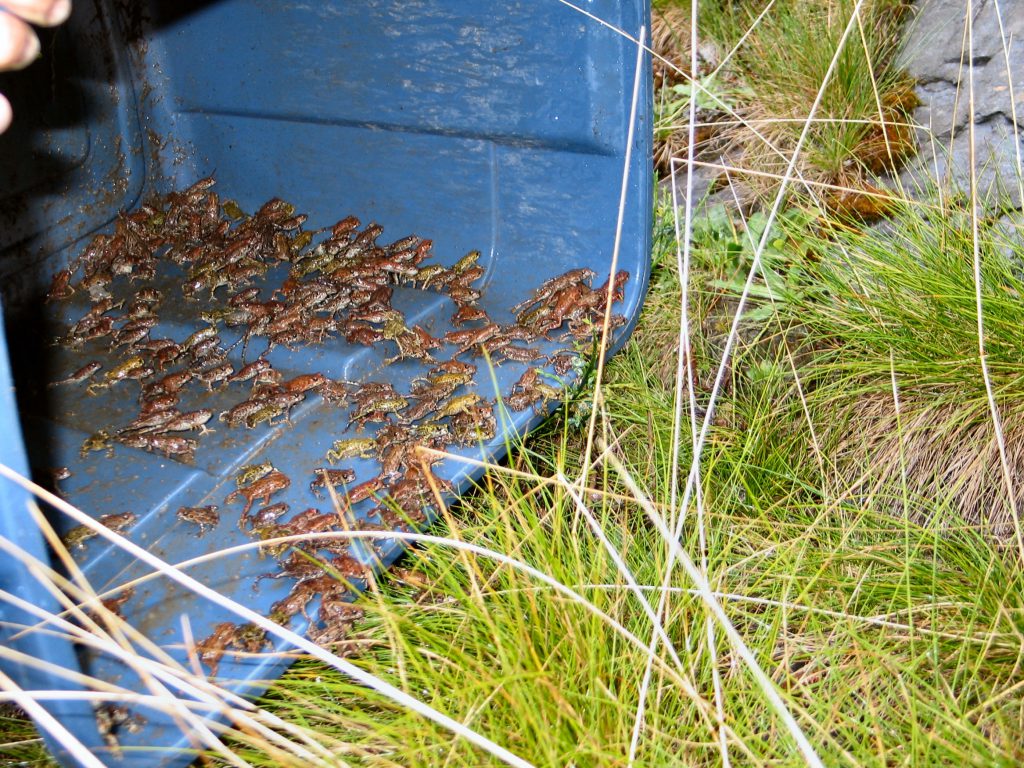 The chances of you encountering an event like this are pretty slim, but it’s certainly something to remember. You could encounter creatures anytime, anywhere along our roads. And the chances of seeing them are much higher during the spring, summer and fall. So keep an eye out during your travels. Maybe you’ll be witness to the next record migration. And if you do see any wildlife, please slow down, and be safe so neither you nor the creature gets hurt.