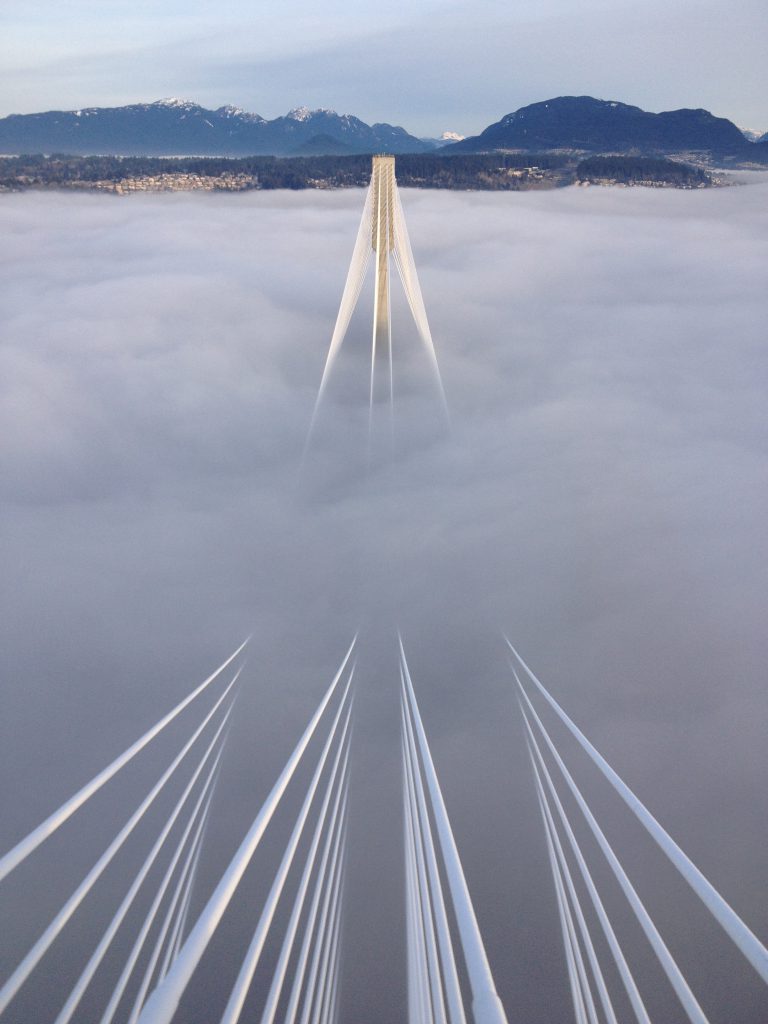 We made it. The New Port Mann Bridge – the widest bridge in the world, as well as the second largest and longest cable-supported bridge in North America, is now open. This monumental achievement would not have been possible without the hard work and commitment of countless people for which we are grateful. Thank you. We would also like to thank the travelling public for their continued patience as the project unfolded. We asked you to hang in there and we are finally “there”.

As of Saturday, Dec. 1, 2012, the new Port Mann Bridge opened to eight lanes of traffic.

Dec. 1 also marks the completion of interchange improvements and highway widening east of the Port Mann Bridge, including more than 20 kilometres of new HOV lanes extending to Langley. Construction crews will also continue working on the west side of the bridge, along Highway 1 between the Cape Horn Interchange and Vancouver after Dec. 1st in order to bring the bridge to its full 10-lane capacity.

The new bridge nearly doubles the capacity of the old five-lane bridge, which was built in the early 1960s when the area’s population was 800,000. Today, the bridge serves more than 800,000 vehicles in any given week! When you add up all the new features of the bridge including: special purpose truck/transit ramps, a wider highway and improved interchanges along the route, this project eliminates one of the worst bottlenecks in Canada, and reduces travel times by up to one hour per day.

The safety of the travelling public is always our number one priority. Besides the reduction in travel times, the Port Mann Highway 1 project made some significant safety improvements at some of the region’s most challenging interchanges, like the Willingdon Interchange, which is one of B.C.’s top crash locations. Longer merge lanes at interchanges to make entering and exiting the highway safer and more efficient. The roadway was re-aligned wherever possible to improve sightlines. We also separated local traffic travelling between Coquitlam and Surrey from through-traffic travelling along Highway 1 to improve safety and traffic flow. 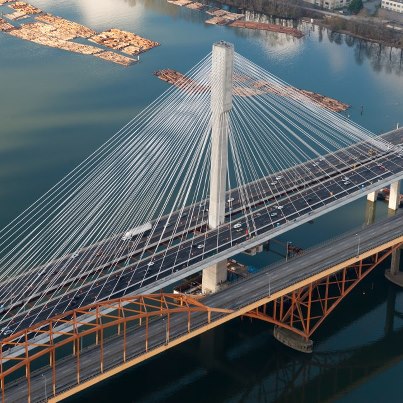 Monumental bridge construction requires a monumental amount of material and man hours. Here’s a breakdown of the details:

A Snapshot of What Went into the Port Mann

The Guinness Book of World Records officially noted the new Port Mann Bridge as the widest in the world, but to us, it is something more than just “one for the books”. It is a vision of steel and concrete which will connect goods and people within B.C. and to markets beyond for many years to come.

BC Road Trip Time Machine: BC Highway 1 and the Old Port Mann Bridge in 1966