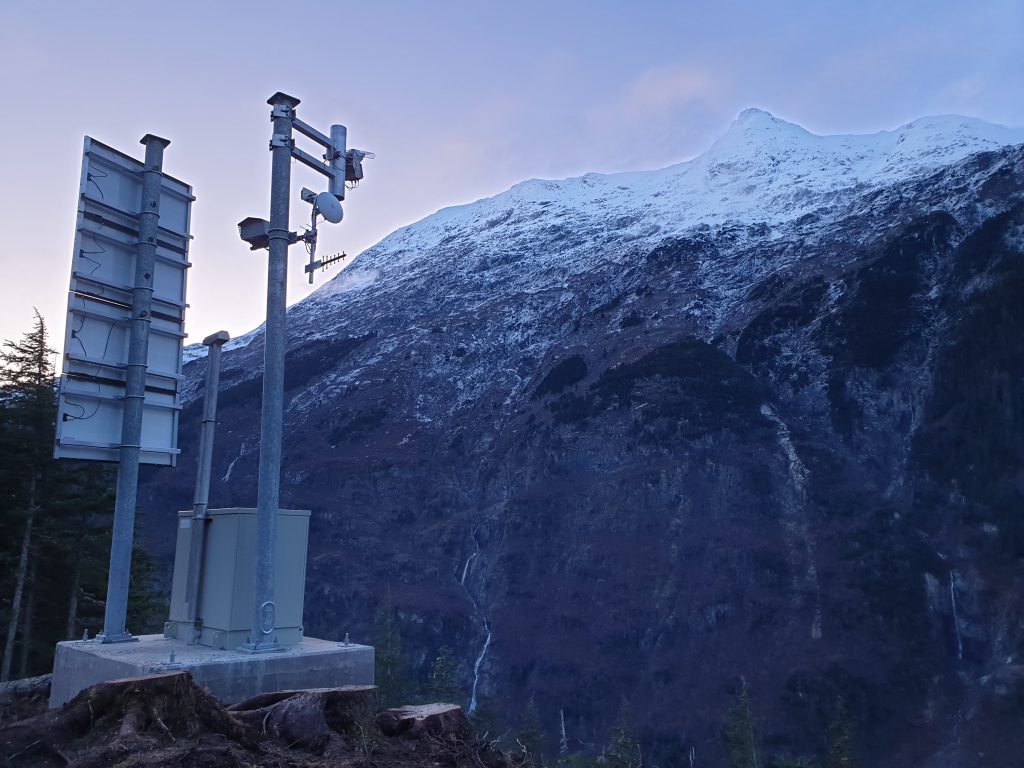 Our radar is set on snow and ice masses at Bear Pass to add extra intelligence to avalanche control work, along Highway 37A.

Most people think of radar as radio waves that detect the location, size and speed of moving objects, like motor vehicles, aircraft, ships or spacecraft. We’re using it to obtain similar kind of information for snow and ice, in this area where 72 avalanche paths can deliver debris from both sides of the highway. In the past, more than 700 naturally occurring and planned avalanches were recorded in this snowy/rainy north coast locale, from around mid-November until early May.

Highway 37A is the only road into and out of Stewart, where Canada’s most northerly ice-free port is a gateway to BC industries that ship commodities to world markets and large infrastructure components arrive from overseas. So, we want the route open and safe for residents and commercial traffic.

(UPDATE: Ningunsaw Pass on Highway 37 became the second location in BC to install and use this automated avalanche detection system, in 2021.)

Enter avalanche radar that delivers real-time monitoring and alert notifications for natural avalanche activity, 24/7, in all weather conditions. Since November 2019, our new Automated Avalanche Detection System (AADS), has been gathering and delivering reliable, timely data that’s improving avalanche forecasting, shortening our response time, and helping to reduce closures while enhancing highway safety. It’s one of our Intelligent Transportation Systems, where we link advanced and emerging technologies, to keep people travelling safely and efficiently.

The AADS consists of radar detection stations at the George Copper and Little Bears avalanche areas. Each is equipped with high-definition cameras and communications gear that sends information to a high-elevation repeater tower, which transmits the data back to a base station in Stewart.

The radar gathers data about moving snow and ice masses on large expanses of avalanche terrain, up to five kilometres away. When there’s movement, the radar recognizes that as an algorithm matching avalanche activity, captures the information and triggers a real-time alert which is sent to our Bear Pass avalanche team. The message contains critical information such as location, size and frontal speed of the event, that the team can immediately analyze, to determine the response required and any risks set off by the movement. 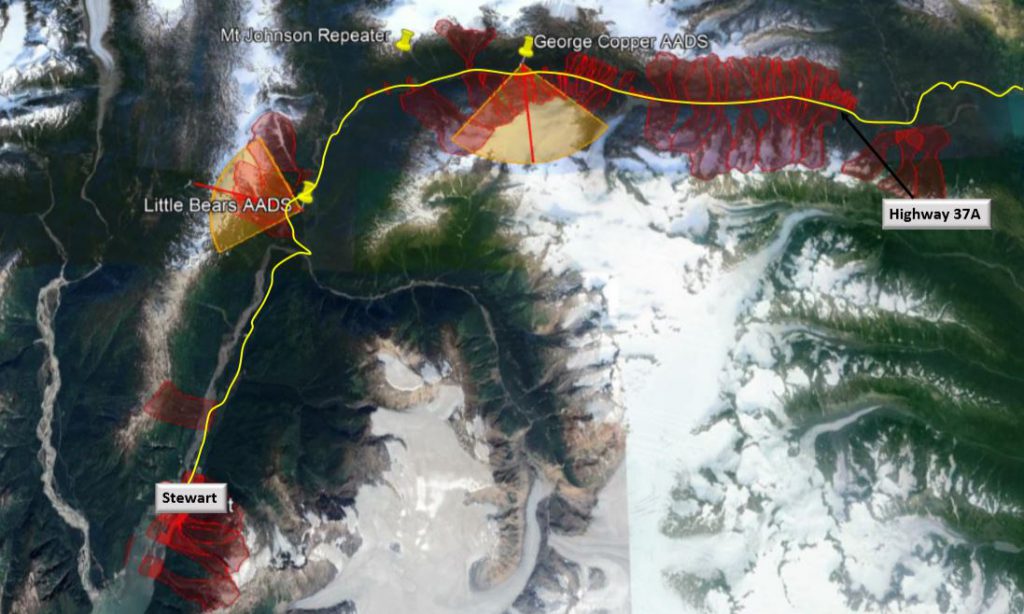 Traditionally, one aspect of avalanche monitoring involves on-site observation, which restricts the team’s ability to collect data on avalanche activity to daylight hours and good weather. The AADS helps our avalanche experts to continuously monitor avalanche activity day or night, in any weather condition, from their mobile devices.

Cameras Capture What Can’t Be Seen

When avalanches happen in daylight, the cameras stationed with the radar devices automatically capture high-resolution photos. They also take photos hourly when there are no events, so avalanche forecasters can observe weather conditions, changes in snowpack distribution, and zoom in to see fractures in the snow and ice masses. 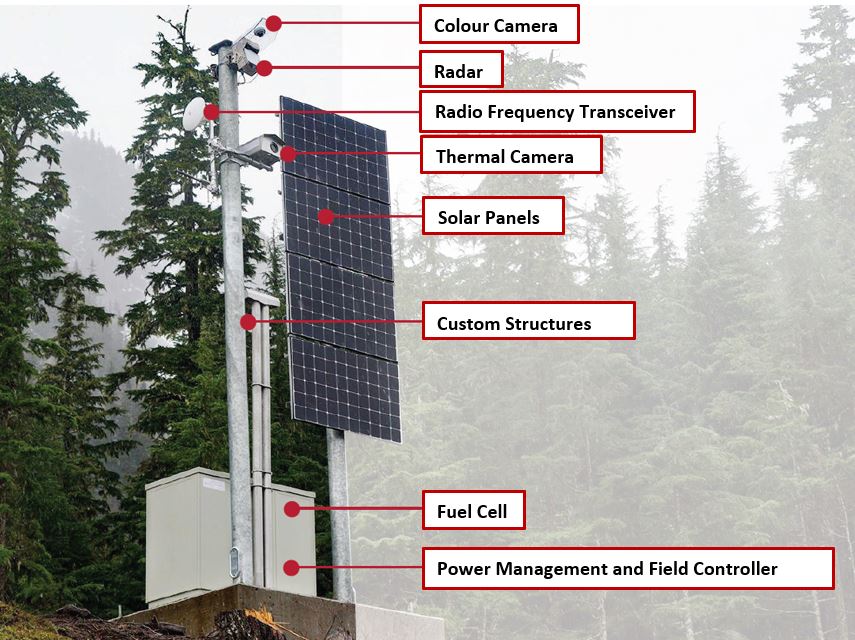 The avalanche team applies its expertise to extrapolate information on timing, location, aspect, terrain feature, elevation band, presence of and types of natural triggers, and avalanche frequency, magnitude, character and terminus. (That’s only part of how technical it gets!)

From Nov. 10, 2019 to around mid-April 2020, the AADS detected about 1,200 avalanche events (700 at George Copper and 500 at Little Bears). Without the system, many would have been less accurately recorded. For example, multiple avalanches occurring overnight in the same runout zone would be noted as a single avalanche. Or smaller avalanches at higher elevations wouldn’t be recorded at all, because they ‘re not visible from the highway. 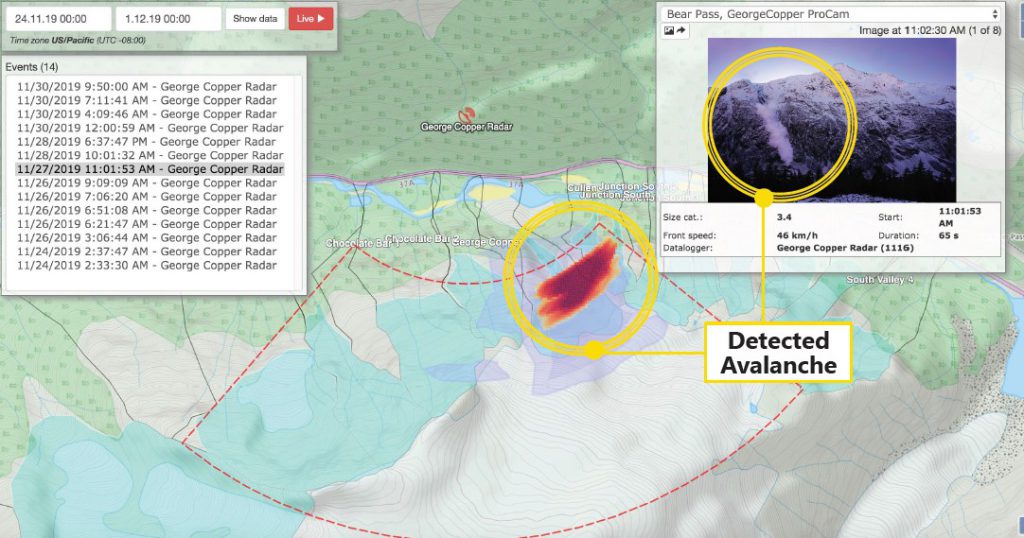 Some of the information provided by the avalanche detection system.

Each year on average, there are about 88 hours of preventative and unscheduled road closures due to avalanche activity at Bear Pass. With the AADS, the avalanche team has been able to reduce those closures by more than 40 per cent (there were 39 closure hours this season).  The system has enabled a more comprehensive understanding of the area’s avalanche conditions and dynamics, which has improved forecasting and preventative strategies.

AADS are used in Norway and Switzerland. Now that the system is at work for the first time in BC (and Canada), we’re happy for the intelligence it’s contributing to our avalanche control efforts.

Bear Pass, where avalanches can come from both sides of Highway 37A. 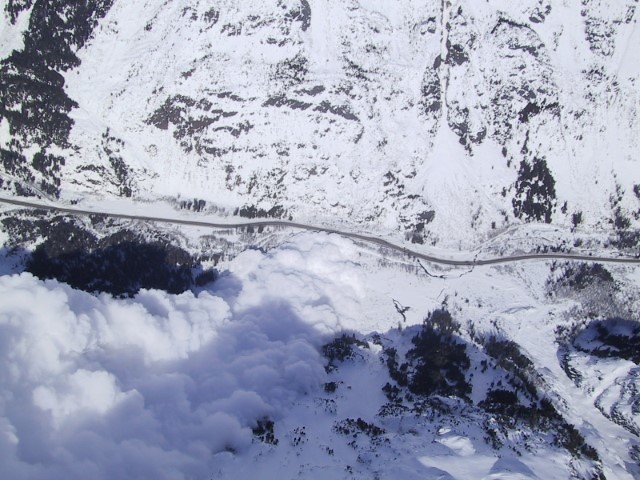 Avalanche at (closed) Hwy 37 at Ningunsaw Pass, about 120 km north of Meziadin Junction.

More about avalanche control (including an avalanche video) at: Timing “Train Travel” on Bear Pass

See more photos of avalanche work at Bear Pass in our Flickr album.

If you liked this blog, check out:

What it’s Like to Watch an Avalanche from a Helicopter

Ka-BOOM! 3 Types of Remote Avalanche Control in BC

How to Keep Traffic Moving in Avalanche Country

Do you have questions about avalanche control technology?  Ask us below!