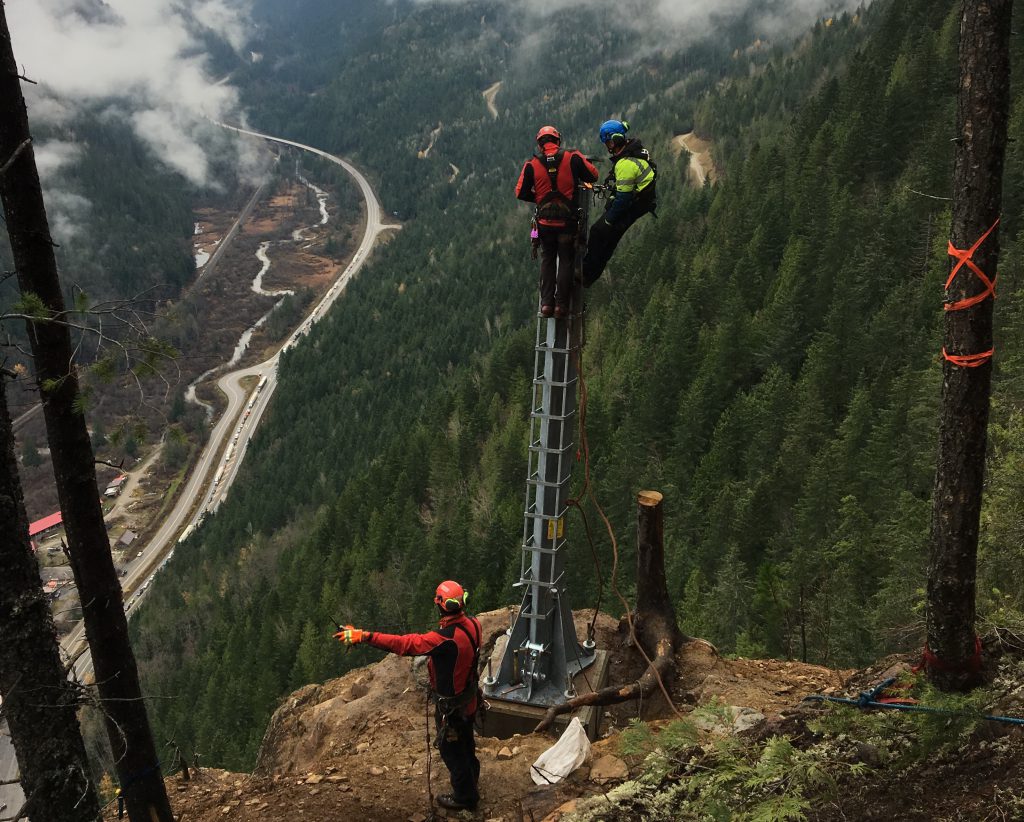 But this isn’t science fiction. It’s technology designed to make roads safer and cut down on traffic delays and headaches.

The old avalanche control method at this site, helibombing, used explosive charges dropped from a helicopter. Crews could only drop the charges during daylight and when the weather was cooperating.  Darkness and poor weather led to road closures of up to 37 hours along that stretch of the Trans-Canada Highway, forcing drivers to take a six-hour detour or find a place to stay overnight until crews could reopen the route.

And that’s where a system that can operate remotely, 24 hours a day, under any conditions comes in. Here’s how it works:

Visit our Flickr album to see how the system is performing at Three Valley Gap.  And, for a demonstration of the towers in action, check out this video: