Wild animals love British Columbia. Of course they do – it’s varied terrain makes it a haven for beasts and creatures of all shapes and sizes. Both small and large species, from the gigantic moose to the night-crawling raccoon, pose potential hazards for drivers, and vise versa. A large animal can make a serious impact, while a smaller animal can startle a driver into swerving and losing control of their vehicle.

It’s our job to prevent animals and drivers from crossing paths, and the wildlife overpass is just one of the ways we do this.

Along with wildlife underpasses, which we wrote about in a previous post, overpasses give wildlife safe passage to important seasonal habitats. Healthy wildlife populations flourish when ecosystems remain connected, and wildlife overpasses help achieve that. Think of them as “wildlife freeways,” keeping animals moving while preventing collisions with vehicles.

Where to put them? 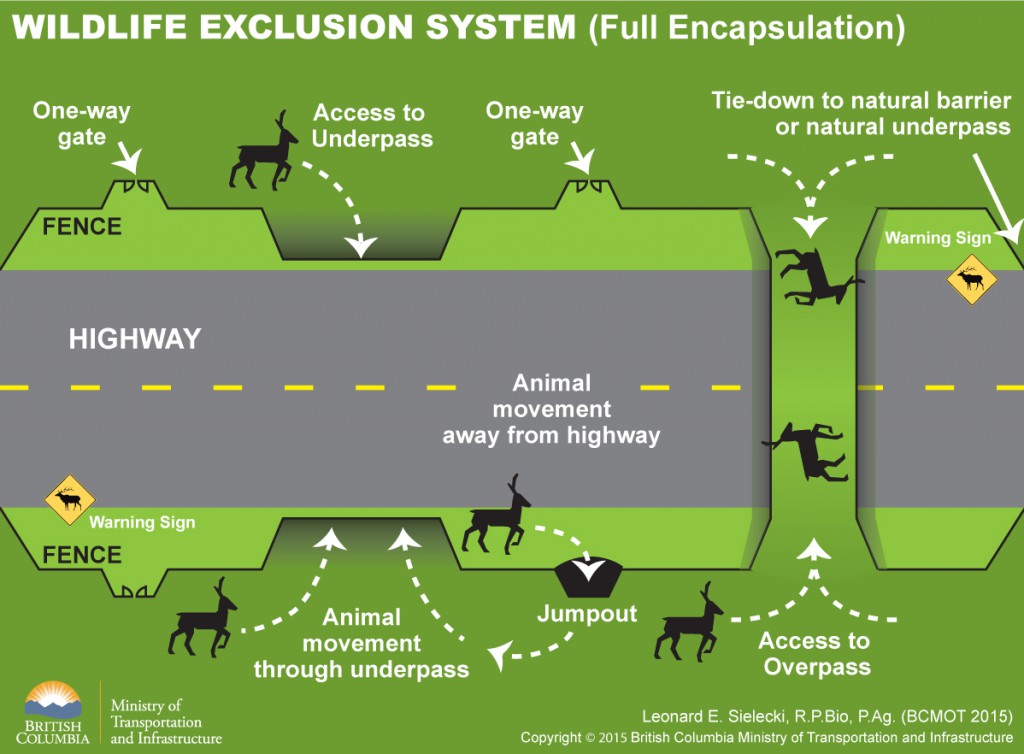 Our maintenance contractors also keep the grass and brush short along the highway to allow drivers to see when any animals do come close to the road.

We estimate that a well-designed, well-constructed and well-maintained wildlife exclusion system can reduce the potential for wildlife collisions by more than 90 per cent. That’s good news, whether you travel on four wheels or four legs.
Have a question about wildlife overpasses that we didn’t answer? Let us know in the comments section below.