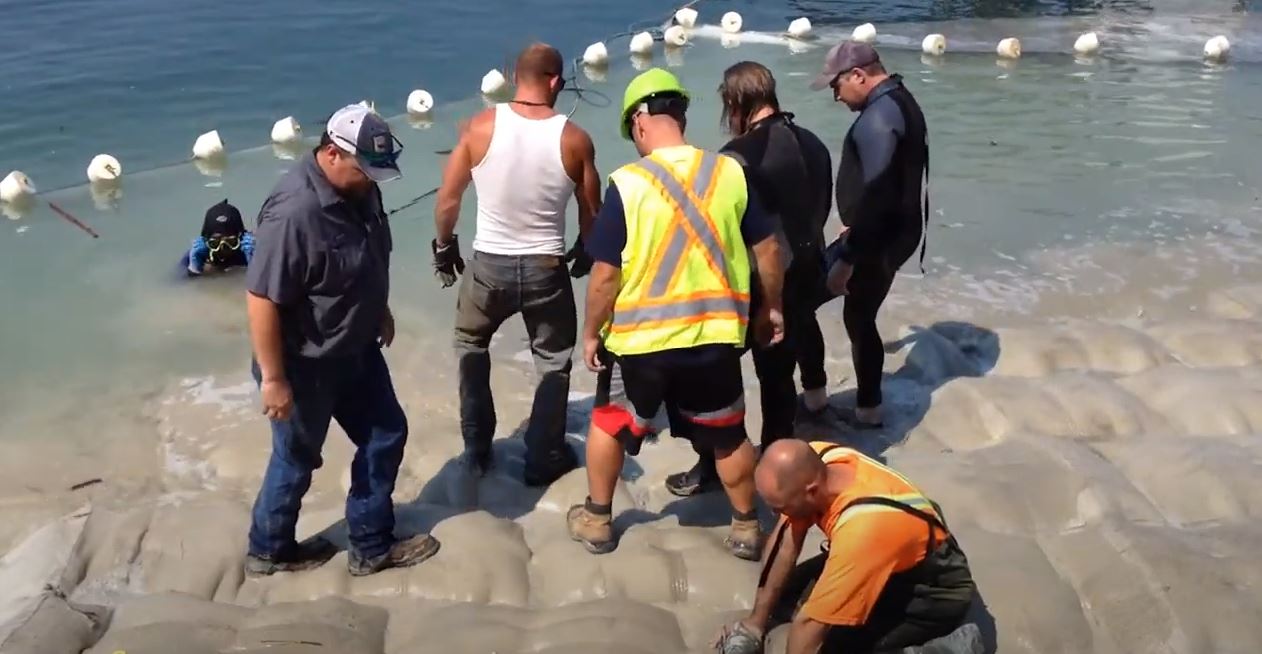 No, the shoe-soaking shuffle displayed above is not British Columbia’s answer to Gangnam Style. These moves make more sense.

The crew is installing articulated matting where Charles Creek flows into Howe Sound as part of the final phase of erosion protection in the small community of Strachan Point, located between Horseshoe Bay and Lions Bay. The project was completed in fall 2014, providing the final level of protection for a Sea to Sky Highway bridge, a CN Rail bridge, two private bridges and 17 homes.

Watch the “Safety Dance” in action:

The crew pumps grout into the matting, which is made of fabric and steel rods placed vertically and horizontally. What appears to be an odd dance is actually the workers kneading the grout to prevent air pockets from forming in the matting. That way, when the grout dries, the matting is completely hardened to provide support below the low tide mark.

Grout was also used to install rip rap blankets along the north and south embankments, and at the mouth of the creek. Since there was no direct access to the shore by land, the large boulders were shipped in from Squamish by dump trucks loaded on a barge. The water from Charles Creek had to be diverted during all this work, so a temporary cofferdam was used to redirect the creek flow.

The foreshore erosion mitigation work was the final step in a two-part process. In 2012, the creek bed was widened and reinforced. Read all about it, and watch the action in a nutshell in the time lapse video.