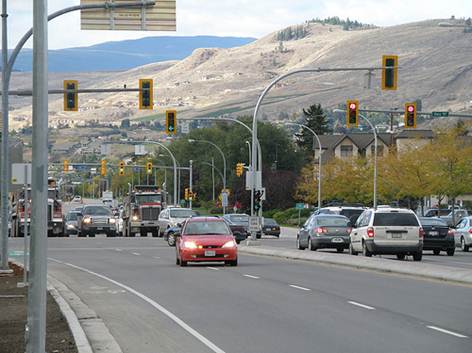 Traffic signals are Intelligent Transportation Systems (ITS) designed to allow vehicles to safely cross paths while maintaining an efficient flow of traffic. To do this, traffic signals react to the presence of the vehicles and pedestrians they are guiding.

Although you probably don’t notice it, each mode of transportation interacts with traffic signals in a unique way. Here are the five main traffic light triggers.

Ministry of Transportation and Infrastructure intersection traffic signals are “actuated,” which means a vehicle sends a call-out for its light to turn green when it drives over a “loop” in the road. There are various vehicle detection systems out there; the ministry uses a wire embedded into the pavement and connected to the traffic signal controller.

When a vehicle drives over the loop, the traffic controller detector senses the change in electromagnetic field caused by the introduction of metal (from the vehicle) over the loop. This starts a countdown for the light to turn green.

Have you ever noticed those small white and blue lights perched on a traffic signal beam? They may not mean a lot to you, but they do to emergency vehicles. 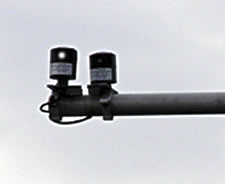 Most intersections include pedestrian “walk” signals that indicate when it is safe to cross the road. Pedestrians push a button, which sends a signal to the traffic controller calling for a green light in their direction along with the pedestrian walk symbol.

While it may take time for the green to activate at an intersection, traffic signals at enhanced pedestrian crossings (like the one pictured here) react immediately by activating flashing lights next to the roadside and/or overhead pedestrian signs. This alerts oncoming traffic to slow down and yield to crossing pedestrians. 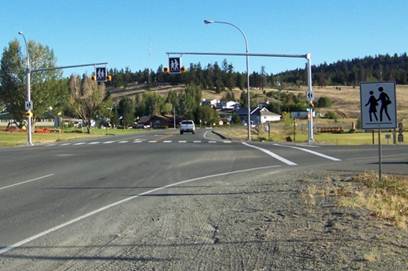 We all have daily schedules to follow; but on the road, it’s tough to find a stricter driving schedule than a public transit bus driver’s. Transit users rely on buses reaching their stops on time.

Bus lanes are not the only things that help buses maintain a consistent schedule – buses have their very own traffic signal, too. Some traffic lights include a rectangular white light at the very top that allows buses to proceed through the intersection ahead of other vehicles. Remember those actuated loops for passenger vehicles we mentioned earlier? Buses also have them; only difference is they cover more ground so that smaller vehicles cannot trigger the signal.

Ever wonder how railway crossings on roadways are activated? As a train approaches a crossing, it sets off a sensor built into the track, which prompts the rail crossing lights to flash. When an intersection is nearby (60 metres or less from the tracks, to be exact), a green light activates for vehicles closest to the tracks, allowing these vehicles to safely clear out of the vicinity of the rail crossing. The rail crossing lights flash for a minimum 24 seconds before the railway gate slowly lowers. The gate is completely closed five seconds before the train arrives. 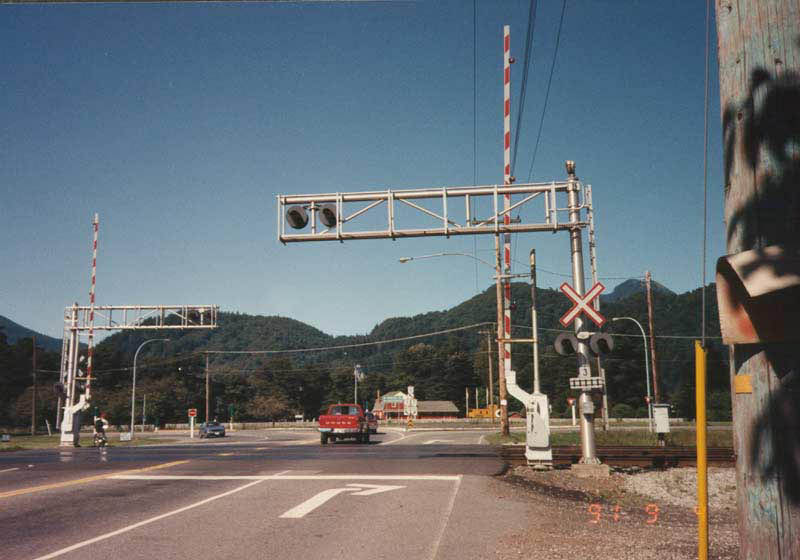 So, there you have it: five ways traffic signals turn from green, yellow, red, and back to green. They’re pretty smart. Next time you’re waiting at a red light, don’t fret, it knows you’re there. You’ll be back on your way soon.

If you liked this blog, check out these other popular posts: