A rare, but celebrated, highway sign is popping up around highways in the Lower Mainland and Vancouver Island.

The “FENDER BENDER” sign, originally introduced on Highway 91’s Alex Fraser Bridge in 2016, is being installed along some of the busiest corridors in the south coast region, including the Port Mann, Lions Gate, Iron Workers’ Memorial, and Oak Street bridges. The move coincides with the Ministry of Public Safety and Solicitor General’ s announcement of changes to motor vehicle incident reporting protocols.

Under the new rules, police are free to clear collision scenes before filing a report when there are no injuries and damage does not exceed $10,000. Previously, police were required to file a report before vehicles could be removed from the road when damage exceeded $1,000 ($600 for motorcycles, $100 for bicycles).

There are currently two variations of the “FENDER BENDER” sign. For bridges, the sign instructs drivers to “DRIVE VEHICLES TO NEXT EXIT” because the shoulders are not wide enough to allow drivers to pull over if they’ve experienced a mechanical failure or are involved in an incident. That’s why the signs were originally installed on the Alex Fraser Bridge: drivers would often stop right then and there where the incident occurred to check the damage and exchange information, backing up an entire lane’s worth of vehicles. Sometimes, the stoppage even caused more fender benders.

While the signs should make the leading driver’s intentions clear, we encourage drivers to communicate with each other, perhaps by signalling forward with their hands.

The majority of new signs will be located away from bridges, along busy corridors, and instruct drivers to “MOVE VEHICLES FROM TRAVEL LANES.” When a minor fender bender happens, it’s important to move the vehicles off the roadway to reduce congestion and prevent secondary collisions.

We received a lot of supportive comments when we installed the first sign, as well as recommendations for future locations. We’re please to say, some of those locations have been chosen. In total, there will be 21 sign locations in the Lower Mainland and five sign locations in southern Vancouver Island. 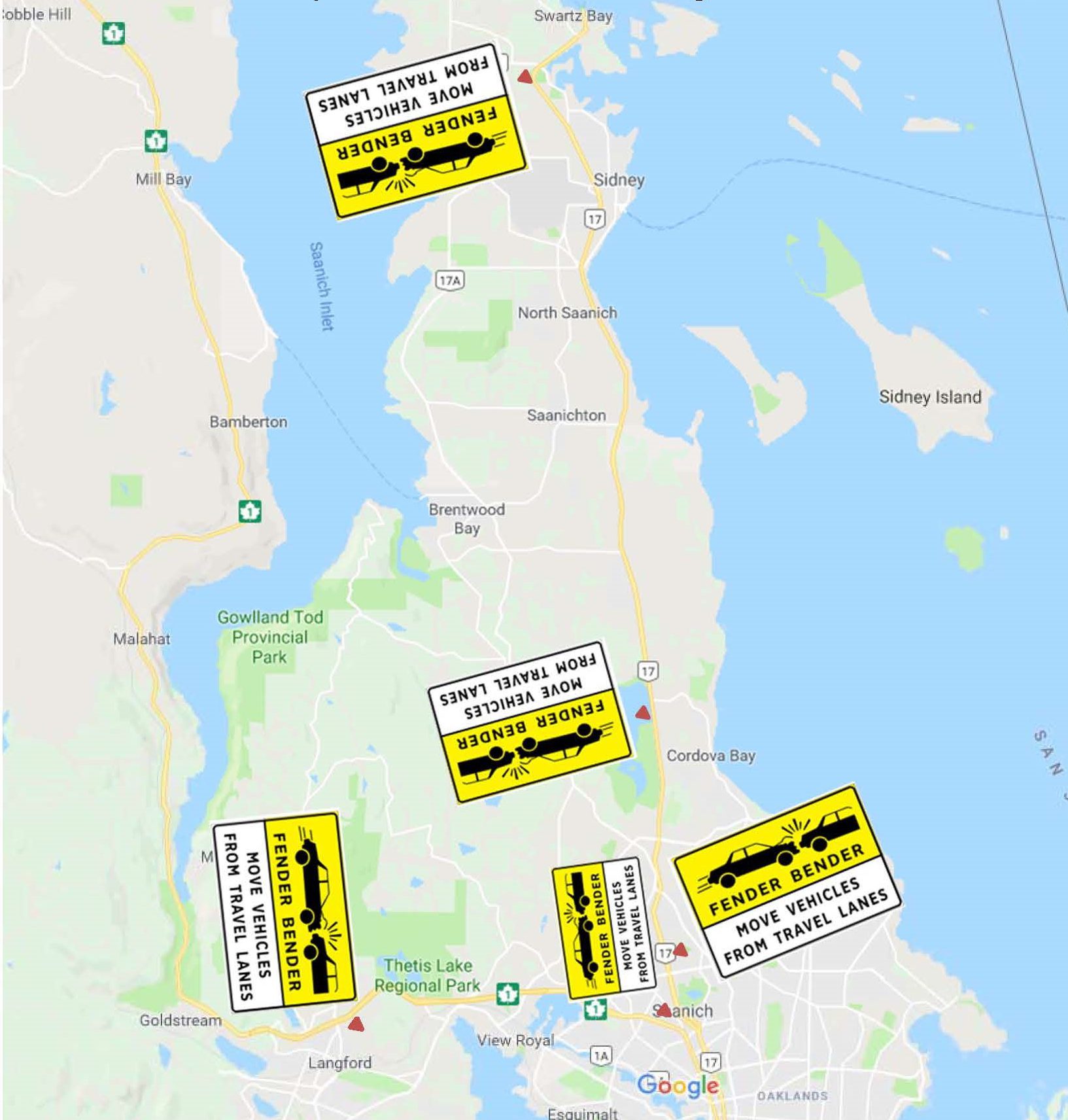 Look for these signs popping up in the future to help fight the good fight against congestion and frustration.