Ever travelled on the Arrow Lake Ferry? You had your choice of two 40-year-old ships that might not have had as wide of lanes or smooth boarding as you’d like. Well that’s on the way to being changed, and by “changed,” we mean the new ferry will transport 80 vehicles, 250 passengers, include wider lands and improved ramp transitions so loading and unloading is faster. All this is scheduled to be put into service between Galena Bay and Shelter Bay in May 2014. (news release)

With its hull now in the water, travellers crossing Upper Arrow Lake are one step closer to having a new ferry in Nakusp. Local company WaterBridge Steel will build the superstructure and install the vessel’s equipment and systems. The ferry will be ready for speed and endurance trials and maneuvering tests by February of next year with the final step to come from Transport Canada in the form of certification next spring.

There are a few added bonuses to the new ferry too, including: 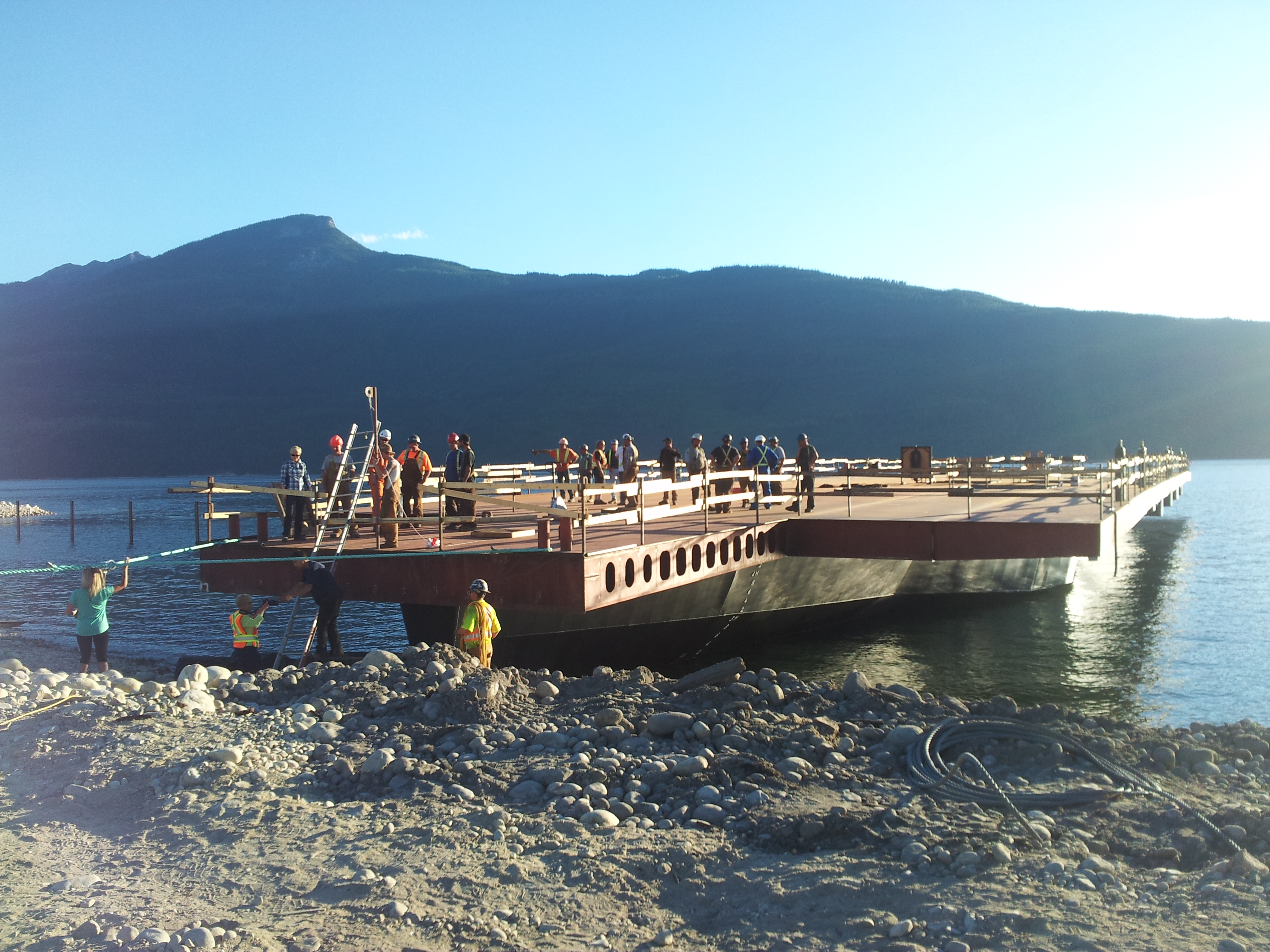 We’ll keep you up to date as the construction continues. If you’d like a bit more information on BC inland ferries, check out the link.

And now, for some fascinating inland ferry facts: