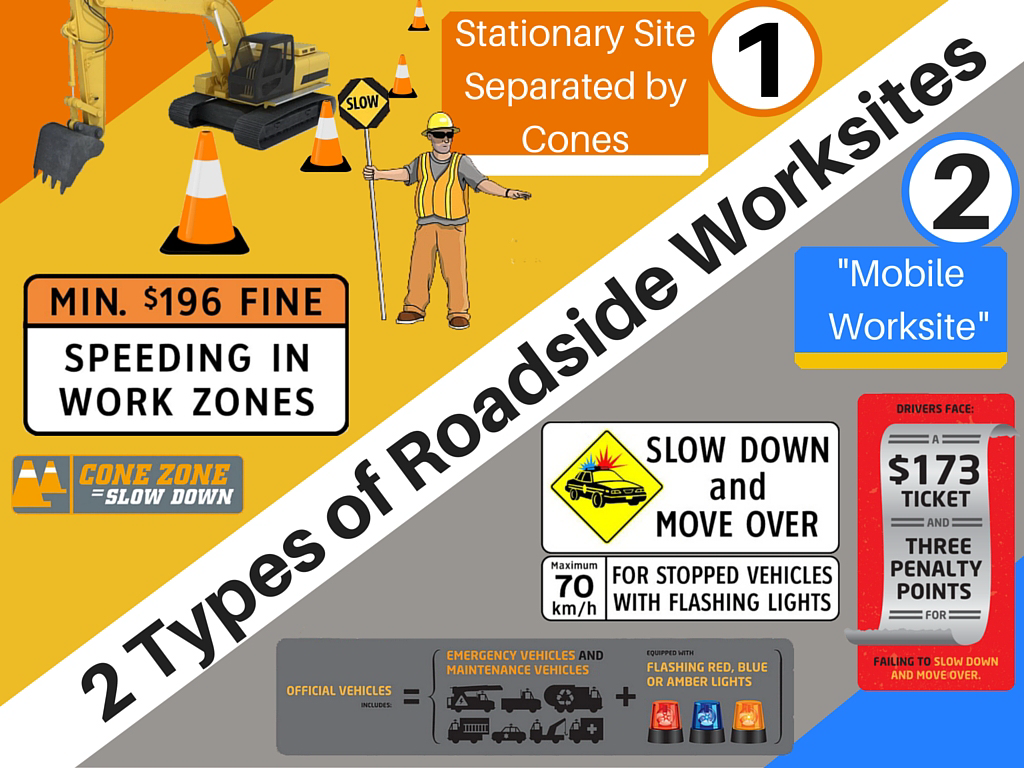 I hardly ever hear of roadside workers being injured by motorists

This misconception suggests roadside workers aren’t at risk, so why bother slowing down? Fact is, between 2006 and 2015, 14 roadside workers were killed in BC and another 226 were injured, having to miss work, after being hit by motor vehicles on the job. There is a problem.

Roadside workers should be more responsible for their own safety

There is some truth to this; yes, traffic controllers and other roadside workers need to take responsibility for their safety. That can include:

First off, how do you know for sure there are no workers on site? And, even if the site is clear of people, constructions zones can pose other challenges calling for reduced speed and increased attention: changing traffic patterns, loose gravel, narrower lanes, bumps, uneven pavement and reduced visibility, to name a few. Construction zone speed limits are there not only to protect roadside workers, but also drivers.

We try to reduce traffic delays by avoiding roadwork during peak periods, when possible. Unfortunately, there’s just no way around it sometimes. Take an ongoing, large excavation needed for a project, for example. There are times when an around-the-clock lane closure is needed because the magnitude of the work doesn’t allow for opening all lanes until that particular work is fully completed. Then there’s emergency works that need to happen immediately, or equipment breakdowns that push work into rush hour periods. If you face roadwork during rush hour, it’s probably for a reason.