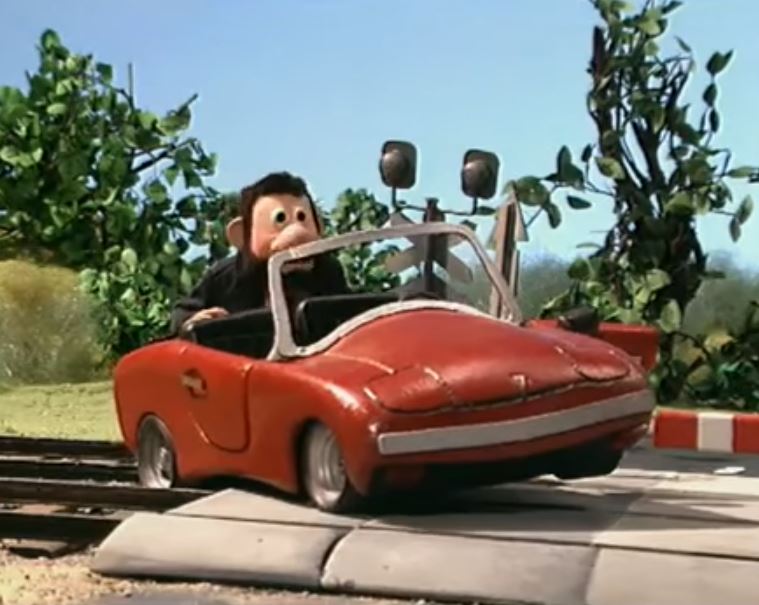 Rail safety matters all the time, and every place there is train tracks. So, we embarked on a tour to four continents to pick out what we thought were the most powerful messages to keep people off tracks – and away from death and injury.

Every year, about 100 people are killed or injured in Canada from encounters with trains. Here are some warnings we hope people will heed, wherever they are in the world.

In Canada, Operation Lifesaver, urges people not to be a Bob! Bob’s an active and awesome guy – he snowboards, cross country skis, fishes, snowboards, surfs and takes selfies. BUT, as Operation Lifesaver says, he’s brainless when it comes to trains. His activities near railway tracks put him in peril and he gets smoked by the train. From getting stuck on snowdrifts while skiing, tripping on tracks, to portaging on a bridge with water on both sides, see the Misadventures of Bob. (And view a few of our safety tips.) 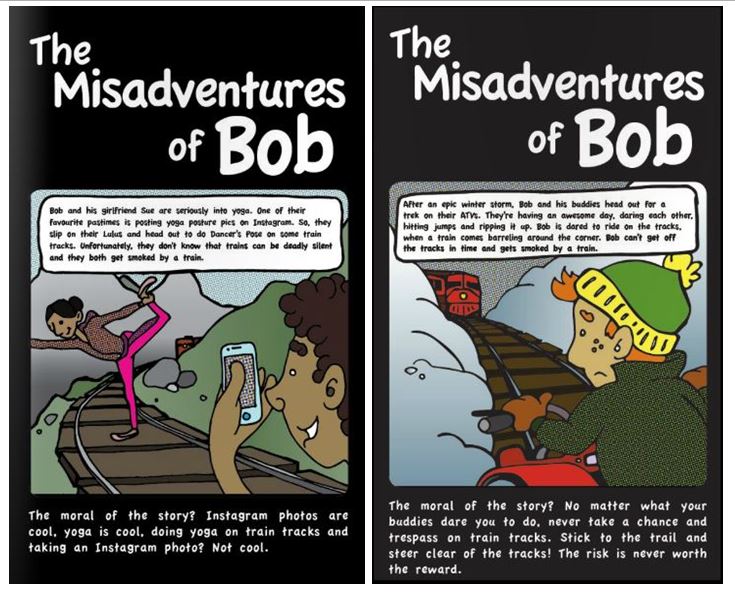 Trains are worth waiting for, says Tracksafe Foundation NZ 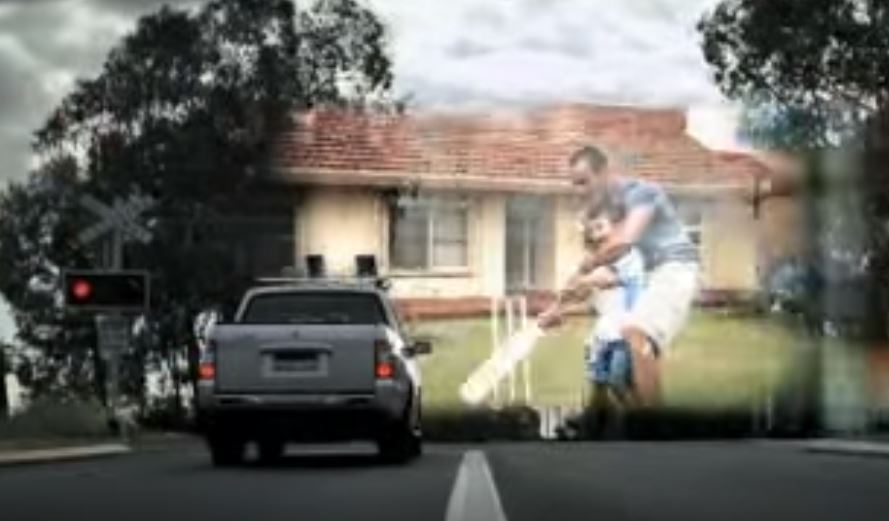 Some things are worth waiting for, as Tracksafe Foundation NZ shows in a television ad that was aired in New Zealand and Australia. “Consider what you could lose when you ignore the signals and don’t stop,” is a sombre message which shows how a man could miss out on playing cricket with his child, getting married, spending good times with friends… 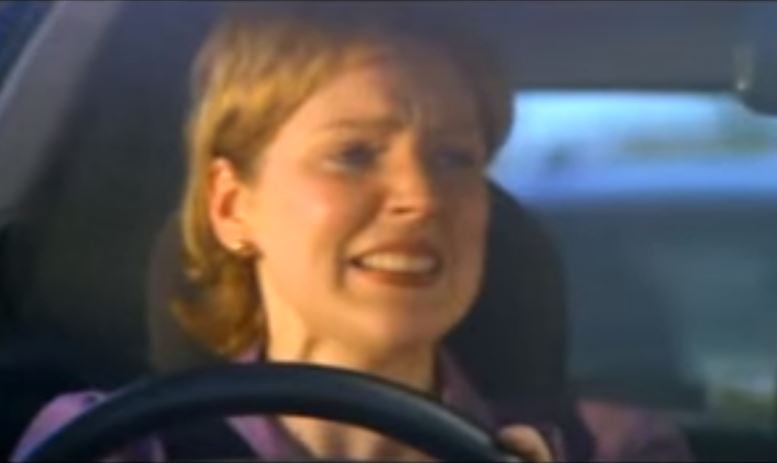 The same agency shares another wise warning. “Never enter a crossing unless you are absolutely sure your exit is clear,” as this driver learns, in a hair-raising video.

Cross the tracks only at places provided; Stop for the warning light

You don’t need to understand Latvian to appreciate the humour and message behind these ironic claymation videos.

(And by the way, Latvia seems to have its own “Bob” – this dude who trespasses on tracks while tuned into his headphones.) 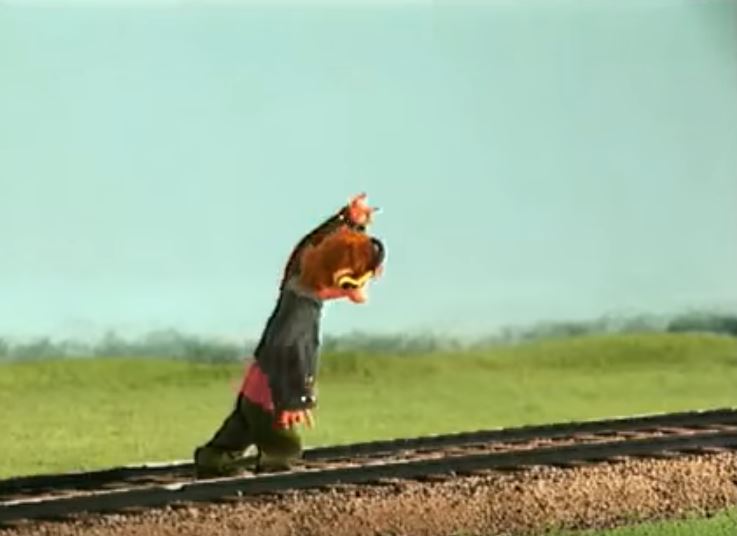 Being distracted behind the wheel can be deadly 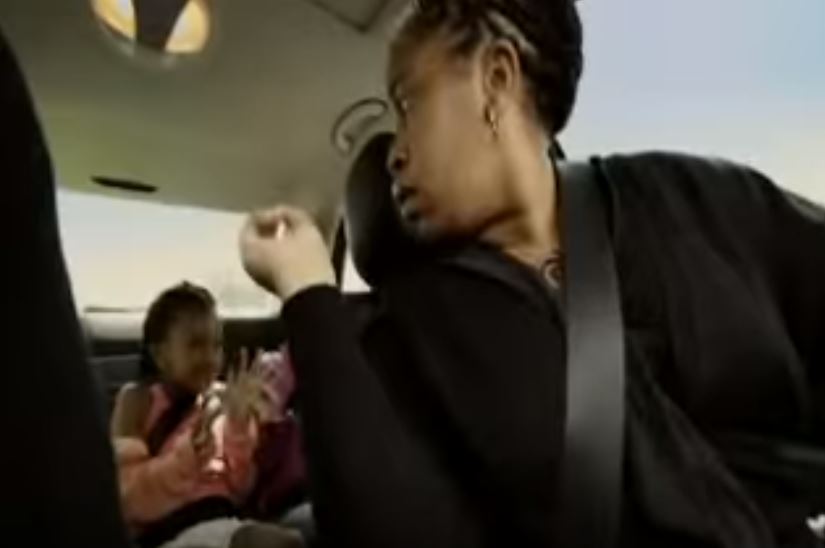 Railways move people and goods in just about every nation in the world. The need to take care around tracks and trains, as we go about our daily lives is universal. We hope that rail safety message continues to gets through to you, and everyone on the globe.

Do you have a favourite rail safety message or video you think is impactful? We’d love for you to share it with us!