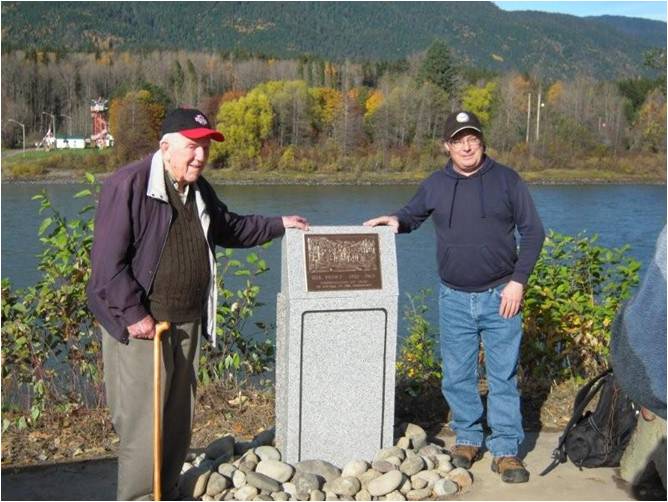 The Usk ferry celebrated a century of service in 2013, and while the watercraft was recognized, long-time area residents say it’s the ferryman they will never forget.

Usk (pronounced like “tusk” – without the “t”) sprang up 16 kilometres east of Terrace after the end of the riverboat era and the completion of the Grand Trunk Pacific Railroad in the early 1900s. Forestry, minerals and agricultural land drew people to the remote spot and sawmills were opened to serve mining businesses, and construct a public school, hotel and other buildings. Back then, the Skeena River and the railway were the only form of transportation in Northwest BC, and the Usk Ferry took residents from the hamlet, located on the north side of the river, to the south side to log, prospect or do other activities. 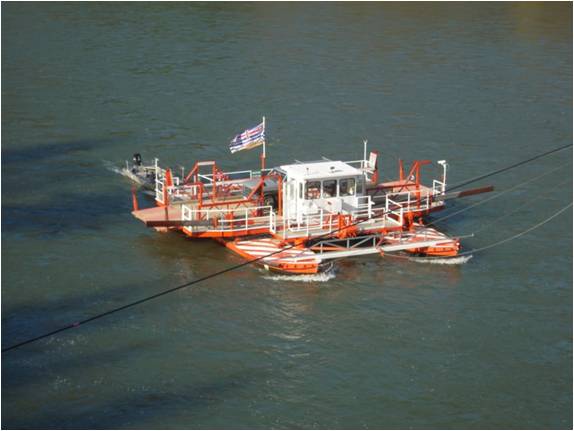 When the river iced up in winter, the ferryman was still responsible for getting people to the other shore, navigating through ice jams that piled up to six metres high on the river banks. To get people over the river, the ferryman marked a trail, laid down planks with scaffolding, and used a small shallow boat, at times transferring travelers from one section of ice to another, using the skiff.

“I don’t know how we survived,” recalls early Usk resident, Helene McRae (nee Adams). “When the ferry was not in operation, either a small boat was used or one would have to walk across the river on the ice. Using the boat, the ferryman had to dodge debris and ice floes, and when we walked on the ice, sometimes there were patches of water with a board across the opening. The operator set up and maintained this system, often during cold, dark and snowing conditions, and many can assure you, with howling winds along the river.” 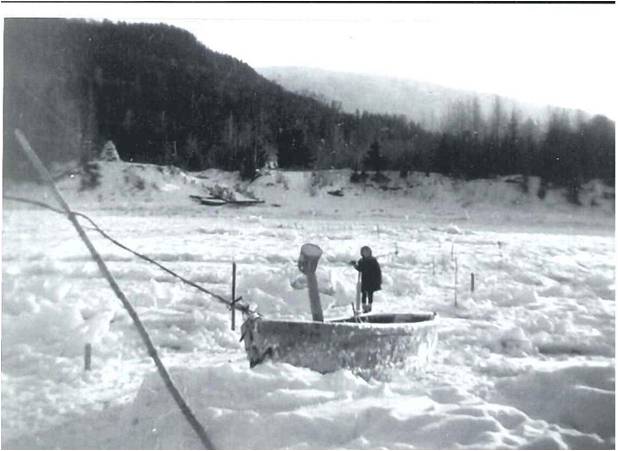 Helene’s father, Dick Adams, owned a sawmill on the south side of the river, which ran from the 1940’s until 1960, and most of the crew regularly made the crossing for work. One extra cold day, Helene and the crew started home by boat, and the thick ice floes began to back up, from a blockage further downstream in Kitselas Canyon.

“Luckily we were able to turn back or we would have been caught in the moving ice. For three years, I crossed the Skeena for work – lots of scary times.”

Those chilling times included when ice that was backed up at Kitselas Canyon unclogged, and the ice near Usk might suddenly evacuate downstream. “One day, I was to cross at 2 p.m., and for some reason I was a bit late finishing up at the office. I looked out the window and the whole river had opened up! George Kellogg (the ferryman) was frantic and was calling across the river to see if I had started across.”

Coming of the Cable Car

When Highway 16 was built in the 1940s on the south side of the swift Skeena, it improved mobility, and people and businesses began to establish themselves there. Sometime around the 1960s or 1970s an aerial cable car for passengers was installed for when the crossing was hazardous due to ice or water levels.

Over time, between two major floods and the draw of opportunities elsewhere, the original hamlet of Usk (on the north side of the Skeena River) dwindled to about 30 people. The provincial government has been operating the ferry since the 1920s, and today the Ministry of Transportation and Infrastructure provides the service through a contractor, Nechako Northcoast Construction.

The free five-to-seven-minute crossing uses the power of the Skeena River, and an overhead cable suspended by towers, to traverse the waterway. The free, on-demand ferry operates from 6:45 a.m. – 11:15 p.m. – just ring the bell on the south side and the ferryman will get you across. (Maximum capacity is two vehicles and 12 passengers at a time.

Dan Hamilton, an Usk ferryman for 10 years, says that even in the old days of walking or paddling over the ice-choked river, the ferrymen never lost anyone. “Now you wouldn’t even consider doing something like that (crossing the river on foot), but it was commonplace then,” he told the Terrace Standard.

“The skill and hard work of those people over the past hundred years deserve a mark of appreciation and recognition,” says Helene. Here’s to all the ferrymen – past and present!