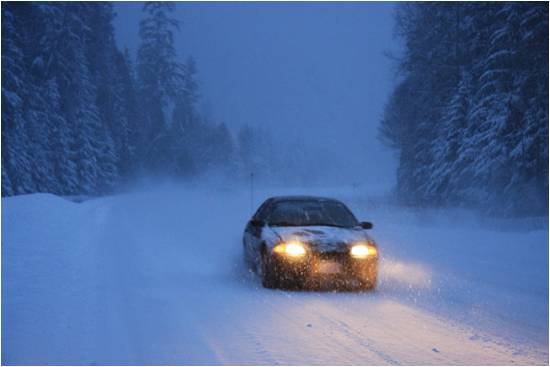 “Only put off until tomorrow what you are willing to die having left undone.”
-Pablo Picasso

I’m pretty sure Picasso didn’t have me in mind when he came up with that line, but the phrase took on a whole new meaning as I huddled in my car, watching the windblown snow fall sideways across the windshield like a final curtain.

I was never that great in art history class, either, so the mere fact that the famous painter was springing to mind at all frightened the hell out me. Were the well-below-freezing temperatures making me delusional already? In any case, I had good reason to worry.

The specs of my situation…
I was:

I meant to install winter tires well before the snow hit, which would have helped keep me out of the ditch in the first place. I made a mental note about preparing a vehicle emergency kit, which would have been filled with items to fend off the cold and fill my empty belly. But despite my good intentions, I never got around to making the shift into winter. And now I was in trouble. After watching road conditions turn nasty on DriveBC, I should have just stayed home instead of taking such a gamble.

What else could I do now but start gathering what few survival items I could muster from the glove box, cup holders and beneath the seats?

I took a small sip of cold coffee and racked my brain for quotes about the value of small successes (and ways to MacGyver the scraper into a shovel). Nothing came to mind, and the coffee tasted awful, so I dusted off the mint and popped it in my mouth. The burst of icy freshness sent an uncomfortable chill done my spine.

In despair and close to tears, I picked up the postcard I recently received from a travelling friend. I needed some encouraging words. “Beautiful Los Cabos,” it read. White sand, crystal blue ocean… it looked really hot. I flipped it over. “Hey buddy, dontcha wish you were here?” it read, a green stain (guacamole?) covering part of the signature. Mouth watering, I put the postcard back in the glove box and slammed the door. Shivering even more violently now, I closed my eyes… 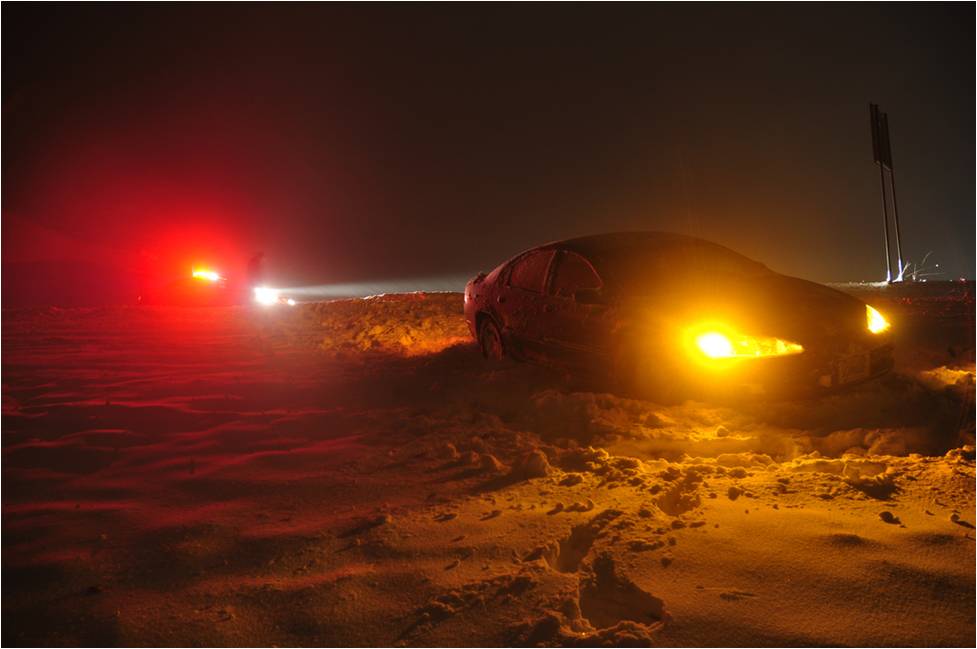 … I was relaxing in a beach chair listening to waves crashing, sipping an iced cappuccino. A lovely lady appeared with a large plate of nachos, extra guacamole. The sun grew hotter, and hotter. I really needed sunglasses. The lovely lady started speaking quickly, an odd urgency to her voice…
“Sir! Are you okay, sir?” Then came another tap-tap-tap on the window.

Blinking away spots from the police officer’s flashlight, I tried to roll down the window with numb fingers. “I’m saved,” I thought. “Thank goodness, I’m saved. I will never procrastinate again.” The window was frozen, so I opened the door and explained my roadside adventure of survival, including many a “thank you thank you thank you’s” in there.
“So unprepared… you’re lucky I came this way,” she said, reviewing my licence and insurance papers. “But we’ll get you warmed up and back home. The tow truck is on its way.”
Lesson learned, I decided then and there. This is the last time I put off something so important. Then the officer looked up at me, a flash of disappointment in her eyes.
“Wait, it says here your insurance expired six months ago.”
“Oh,” I said. “I meant to renew those.”

My embarrassment compounded, I eventually made it home safely later that night. When I finally crawled into my warm bed, I worried about what kinds of nightmares awaited. Would I be haunted by cold, dark ditches? Never-ending blizzards? A bowl of guacamole drifting farther away with each shivering reach?

But instead I dreamed. Not of Mexico, but of grippy tires, mini shovels and battery jumper cables; of warm gloves, thick socks and winter boots; of tire chains, washer fluid and flashlights.
I woke up the next morning on a mission. It was my time to shift into winter.