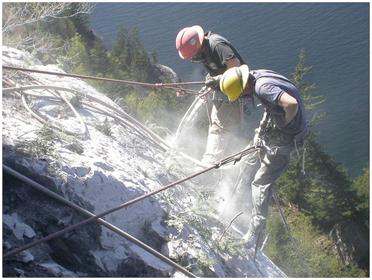 British Columbia is home to some of the most picturesque landscapes in Canada. But with large amounts of precipitation, lush vegetation and mountainous terrain, it’s also prone to rock and debris falls.

Our team of engineering geologists and geotechnical engineers have enhanced measures for reducing the impact of rock and debris fall.

Steps we take to reduce the impact of a landslide when it happens include:

We take steps to reduce the risk of a landslide happening. This work includes:

Some of these measures can be seen from the highways, while others are hidden; all are working to keep travellers safe. Next time you’re driving through a mountainous section of highway, impress your friends by listing off some of the ways the looming rock and debris is kept in place. Then again, maybe just admire the picturesque landscape.