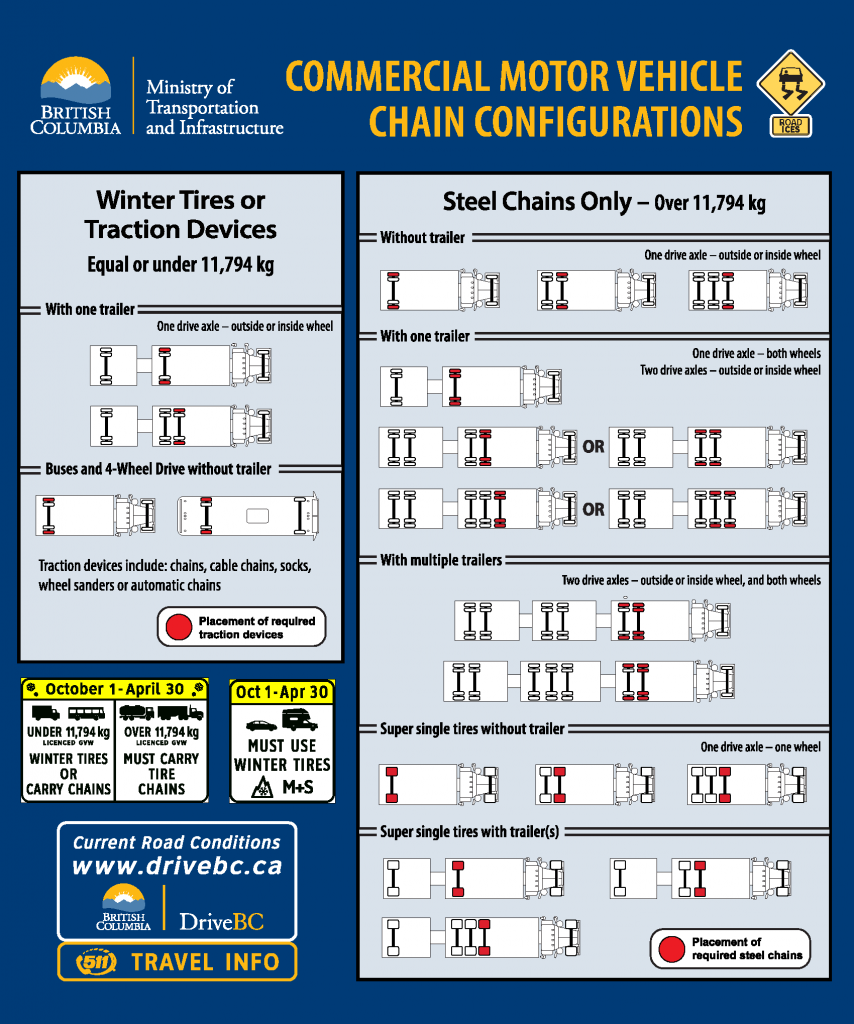 We introduced better chain-up regulations for commercial vehicles, which provide more clarity for professional drivers, in 2018.  This means safer roads.

The changes came in the wake of one of our worst winters for highway closures. Unprepared commercial trucks caused 41 highway closures because they were either poorly equipped or totally unequipped with chains. In some cases, this was due to the driver’s inability to install the chains properly. Loss of traction in winter conditions leads to collisions and commercial vehicles simply spinning out on hills and blocking all lanes until they can be towed.

Professional drivers who were properly equipped were often delayed due to these closures.

The rules clearly spell out safe chain-up configurations for all commercial vehicles over 5,000 kilograms.

Thank you to everyone in the commercial trucking industry who took part in the summer 2018 survey about the proposed changes. We gained some valuable insight, including:

Along with the stricter chain-up regulations, commercial vehicles are restricted from using the left lane northbound on the Coquihalla between Box Canyon and Zopkios, as well as Larson Hill and Inks Lake Hill. This is to prevent multiple spin-outs from closing the highway. In the event of a severe weather event, CVSE and traffic control will be directing commercial drivers to chain-up at the newly expanded Box Canyon Chain-up area.

Here is a video that guides you through installation from our highway maintenance contractor, Emcon: