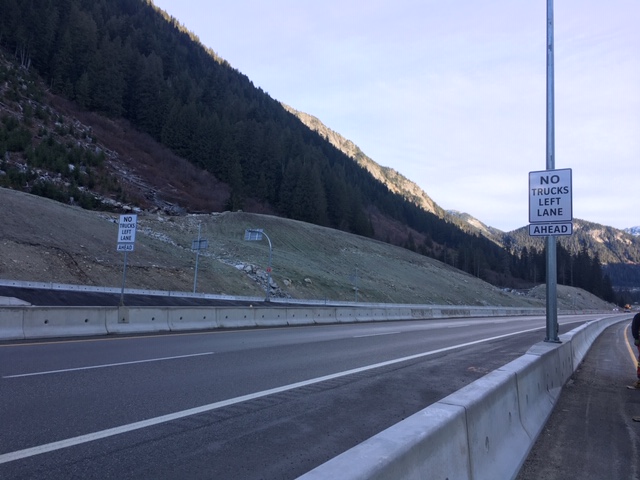 Starting this week, we are restricting commercial vehicles from using the far left lane northbound on the Coquihalla’s Snowshed Hill between Box Canyon and Zopkios with our No Trucks in the Left Lane pilot program (other select routes in the Interior to possibly follow). The restriction is in effect year-round. 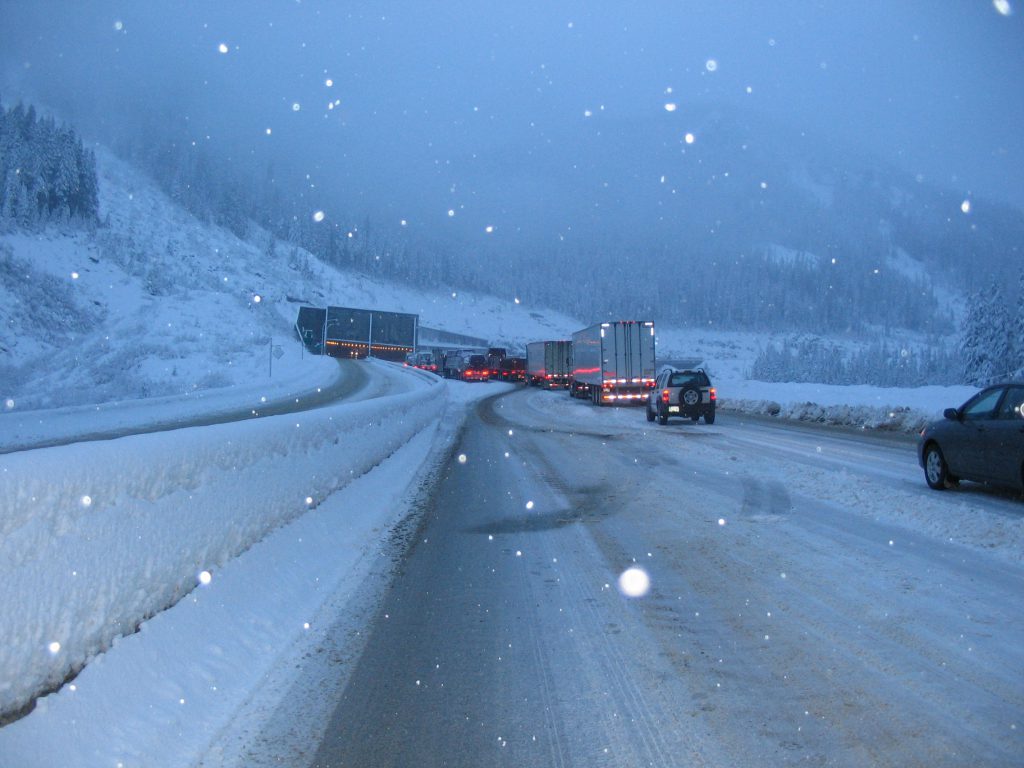 On Phase 1, between Hope and Merritt, the snow is heavy and wet, creating tricky road conditions for trucks, even with minor accumulations on the road surface. Over the past couple of winter seasons, commercial vehicles on the Coquihalla have been spinning out in climbing sections more frequently during storms. In fact, last winter, 33 of 35 extended closures on the Coquihalla during last winter involved commercial vehicles. At times this meant commercial vehicles were blocking the highway until they could either be towed away, or equipped with chains (which they should have already had on their vehicles). What makes these closures even worse is that, because the Coquihalla is a divided highway, snow plows often get caught in the traffic queue behind the blockage, restricted by roadside barriers and unable to turn around. So, snow continues to fall, unplowed, until the blockage is cleared. Not good. 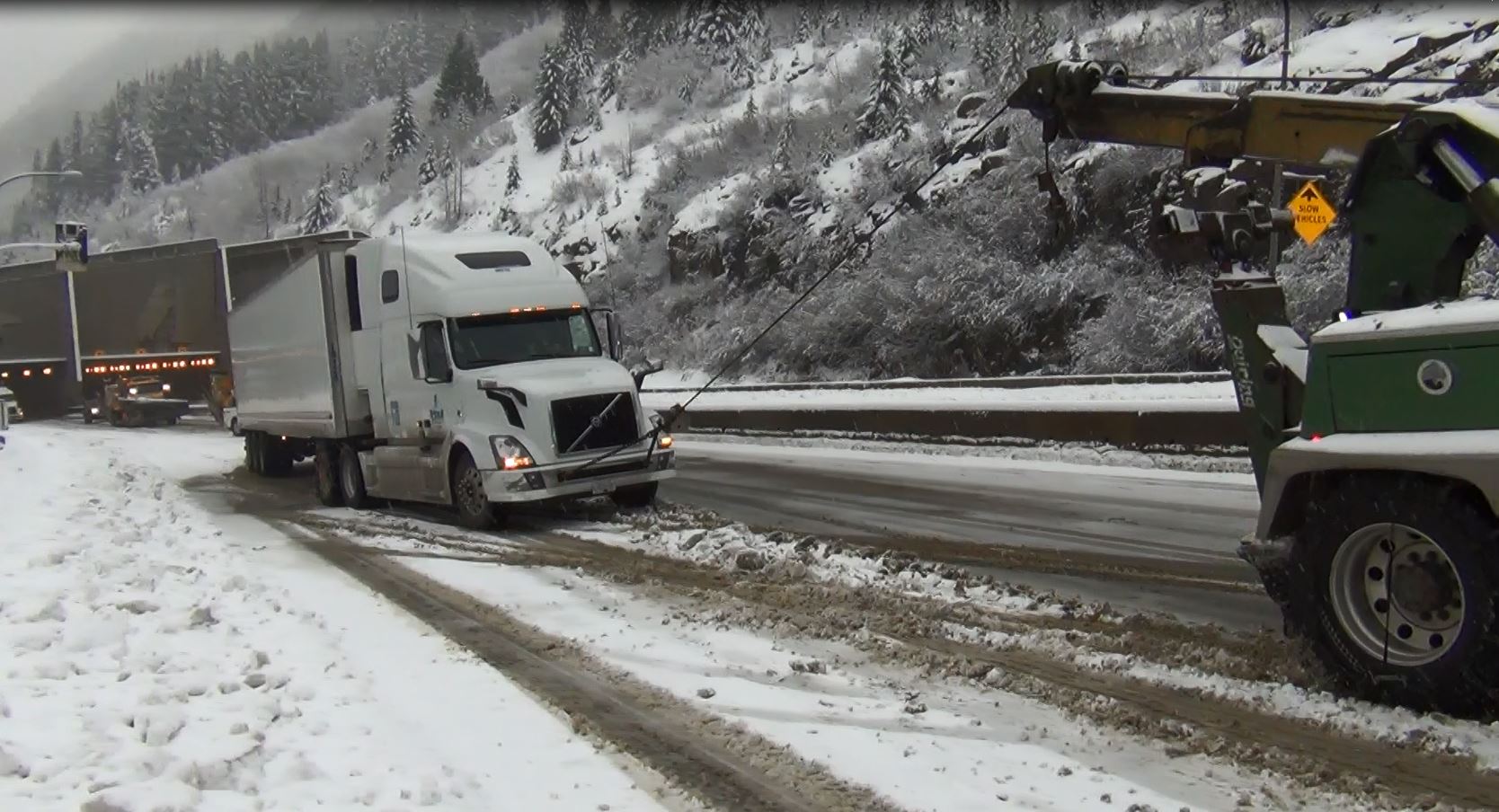 We hope to prevent a repeat of that trend this year by restricting commercial vehicles from using the far left lane on Snowshed Hill, which is a three-lane section of highway. The No Trucks in the Left Lane pilot program is launching on the Coquihalla’s Snowshed Hill (between Box Canyon and Zopkios) this week, with other select routes in the Interior to possibly follow. We’ve chosen to pilot this restriction on Snowshed Hill specifically, because our Commercial Vehicle Safety Enforcement focuses a large part of their enforcement efforts on this location during the winter months and this is the location where trucks spin out the most. By restricting trucks from the left most lane, we will be better able to maintain traffic flow (including emergency vehicles) and plowing operations, as well as significantly reduce the time it takes to re-establish the flow of traffic after a vehicle incident/closure. “Keep right, let others pass” rules are still in effect – we are taking this action to ensure no trucks use the left most lane. 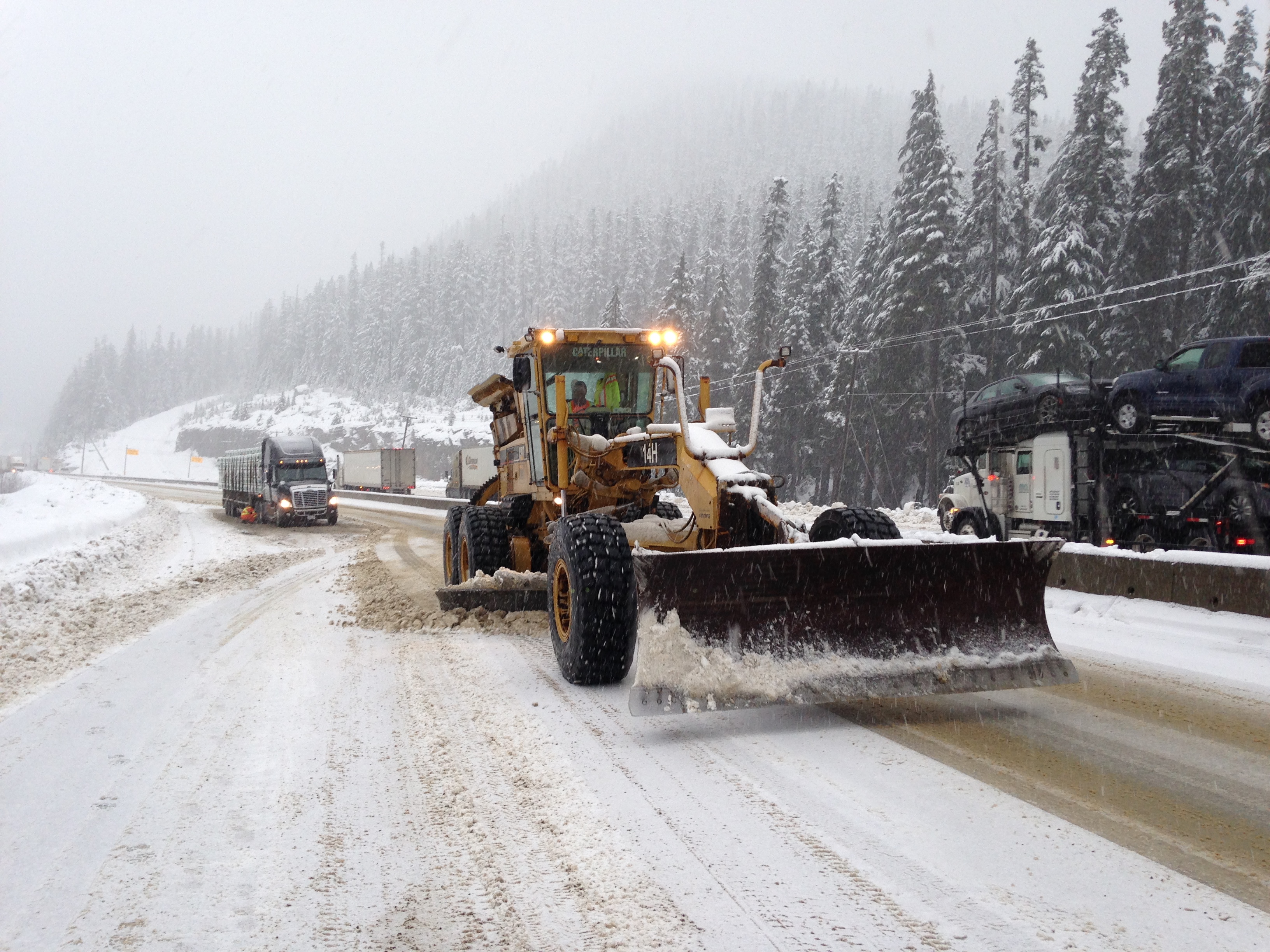 If we have Coquihalla Snowshed Protocol activated, and the two lanes get blocked by spun-out trucks, we will hold trucks at the Box Canyon Chain-up area until these lanes are clear. If trucks come upon spun out trucks in the right and centre lanes, they need to stop, just like they would have to if all three lanes were blocked.