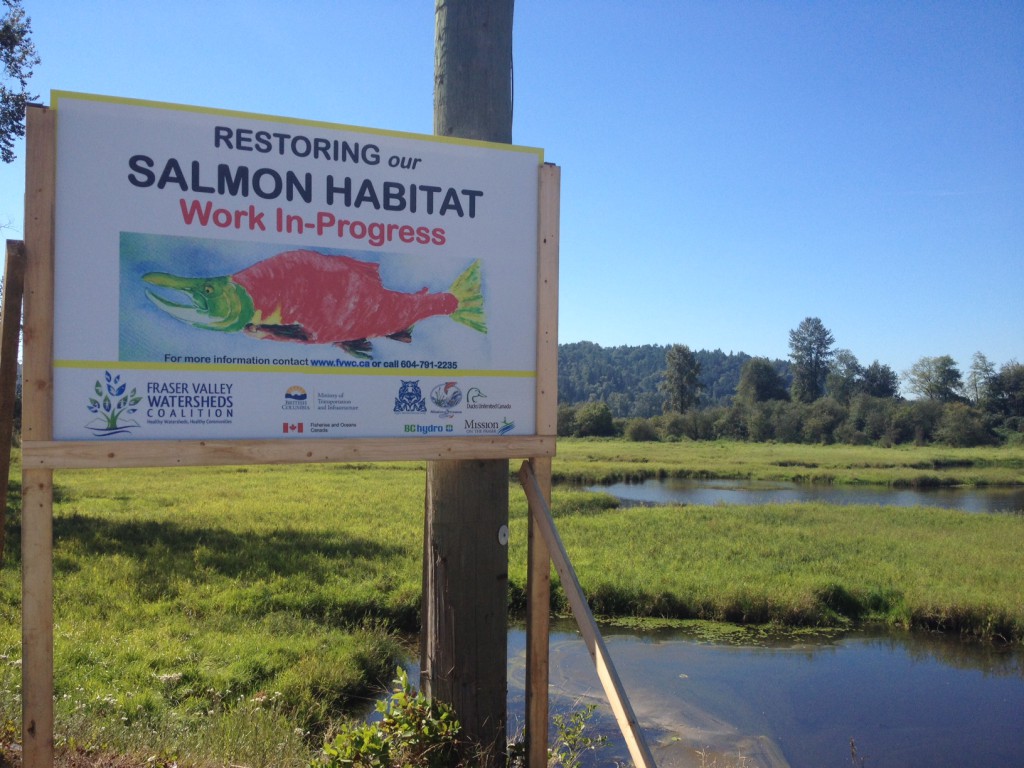 There’s a careful balance between making highways safer and preserving nature. When we widened Lougheed Highway 7 to four lanes between Nelson and Wren streets in Mission a few years ago, we had to sacrifice a portion of local fish habitat. But we also committed to help restore that habitat, which is important for salmon and other wildlife along the Stave and Fraser rivers.

Phase 1 of the restoration was completed at the Silverdale Wetland last year. And if you travelled passed Silvermere Lake recently, you likely noticed the start of Phase 2 in the form of some heavy machinery mobilized in the wetlands south of the highway. Thanks to strong partnerships and behind the scenes prep work between local First Nations, governments and community organizations, work has begun.

We’ve been working with the Fraser Valley Watersheds Coalition (FVWC) on this compensation project from the start (although they’re the ones getting their boots wet!). The coalition carried out Phase 1 – more than doubling the minimum area of wetlands needing enhancement – and is leading current efforts to improve existing tidal channels for salmon spawning, overwintering and rearing habitat in the newly-dubbed Genstar Wetland. 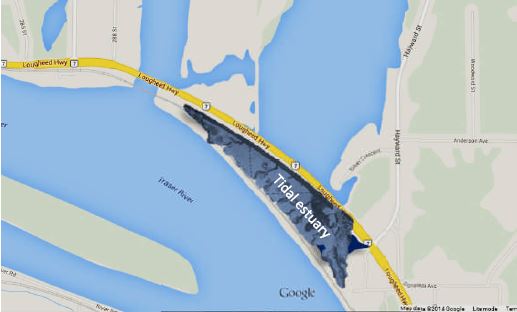 “They are the staging grounds for juvenile Coho salmon to do the majority of feeding and growing to get to the right size before they can scoot out into the Fraser River and make their way to sea.”

A few things are making the tidal channel uninviting to fish, such as invasive plant species choking out waterways, and old, human-made barriers blocking fish movement.

The work is not all about salmon, however. Situated on Kwantlen First Nation land, the estuary is also culturally important, so an archaeological assessment is an important part of the enhancement process.

For the first few weeks, excavators will work to open the channels – developing pocket wetlands and pulling out barriers. Once that’s finished, the FVWC will join with the local community and partners to start replanting the area with native vegetation. The restoration project is set for completion by March 2015.

The Power of Partnerships

Other Wildlife in the Wetlands:

The enhancements are able to go ahead now that a recent land acquisition by Ducks Unlimited Canada (DUC), which we helped fund, went through. DUC purchased the land from Genstar, a local developer that also donated a portion of the land (hence the name Genstar Wetland).

“It’s the partnerships that really drive these things and make them worthwhile,” says Cox. “We wouldn’t do work like this if the community didn’t value it. I think it’s important to connect people to nature and to these things that make the Fraser Valley so unique – like these wetlands, like the salmon.”

We couldn’t agree more. What do you think? Are you involved in an environmental project in your community? We’d love to hear about it – feel free to comment below.