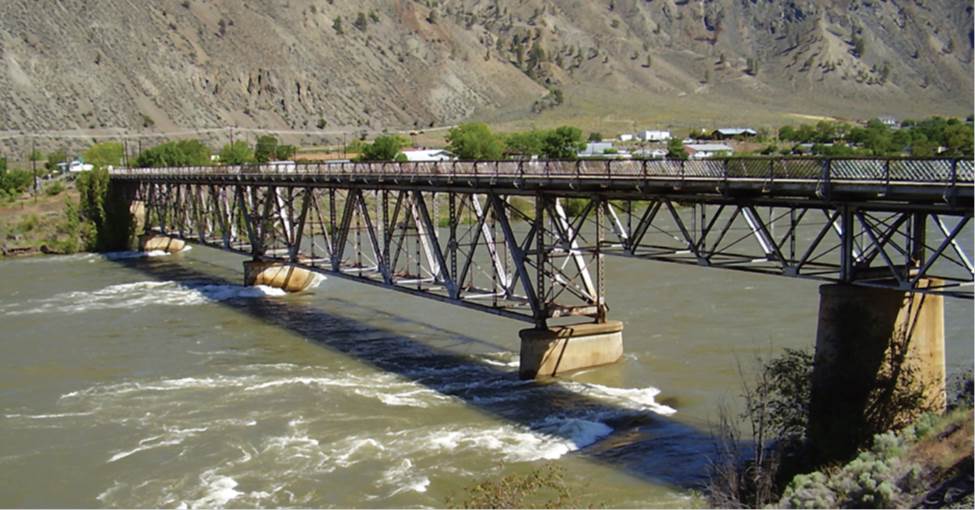 We’ve gotten a number of questions lately about why we closed the Old Spences Bridge. There are a number of things we took into consideration before making the decision, but here’s the scoop:

The Old Spences Bridge crosses the Thompson River and the CN railway between Highway 8 and the community of Spences Bridge. Built in 1931, the old bridge is a single lane affair and, at 83 years old, well past its design life of 50 years. In 2009, following our annual bridge inspection, Old Spences Bridge was closed because of concerns over its structural integrity.

Meetings were held in 2009 and 2010 presenting information about the condition of the bridge to the local community. It was stressed that the bridge was continuing to deteriorate, and the life span of the old bridge was coming to an end. We heard from the locals concerned about the dismantling of the old bridge, saying that the bridge provided a vital link to the health and well-being of their community. And so, in the spring of 2010, following an engineering review, the bridge was re-opened with significantly lower loads allowed on it. 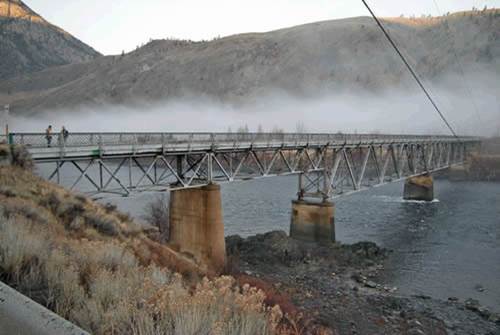 We continued to monitor the bridge during 2011 and 2012, but found that, sadly, the Old Spences Bridge was deteriorating even further. In November 2013, we received a final report from our engineers, indicating that the bridges condition had deteriorated to the point where it was not dependable for continued use, for anybody, including bicycles and pedestrians. It needed to be closed by the end of 2013 to ensure safety. The old bridge also spans a railway and the Thompson River meaning that any corroding pieces falling off the bridge would pose a real threat to rail operations and the environmental health of the river. Safety is our absolute highest priority and so we permanently closed the bridge in January 2014.

We understand the important role that bridges and roads play in connecting communities but unfortunately the costs to replace the bridge, or even to keep the bridge open for pedestrian and cycling traffic is just too great to justify.

But here’s the good news…

There is a newer Spences Bridge (built in 1962) located just 900 metres downstream on Highway 1. Travellers using the new bridge will have to drive an additional 2.9 km (roughly four minutes of travel time compared to Old Spences Bridge) but the newer bridge provides a safe crossing for the community, vehicles, cyclists, and pedestrians. It has a pedestrian sidewalk separated from traffic by concrete barriers and a guardrail for added safety.

We also collected feedback from local residents on ways we could help improve the communities’ connection to the new Spences Bridge on Highway 1. Thanks to their feedback, we are happy to say that the following work will be completed this year:

Deconstruction of the old bridge will start in September and although the Old Spences Bridge will be gone, we like to think that the connections it built in local communities will live on for a long time to come.