He shoots, he scores! The excitement of hockey season is really ramping up, and the tension builds with every shot on net and every goalie save.

Here at the transportation ministry, we’ve got our own version of the game but, like everything we do, it’s bigger. Our nets are more the size of an ice rink, and instead of pucks, we’re catching rocks and debris. It may not win us the Stanley Cup, but we are setting records, and we’re making our highways safer in the process. 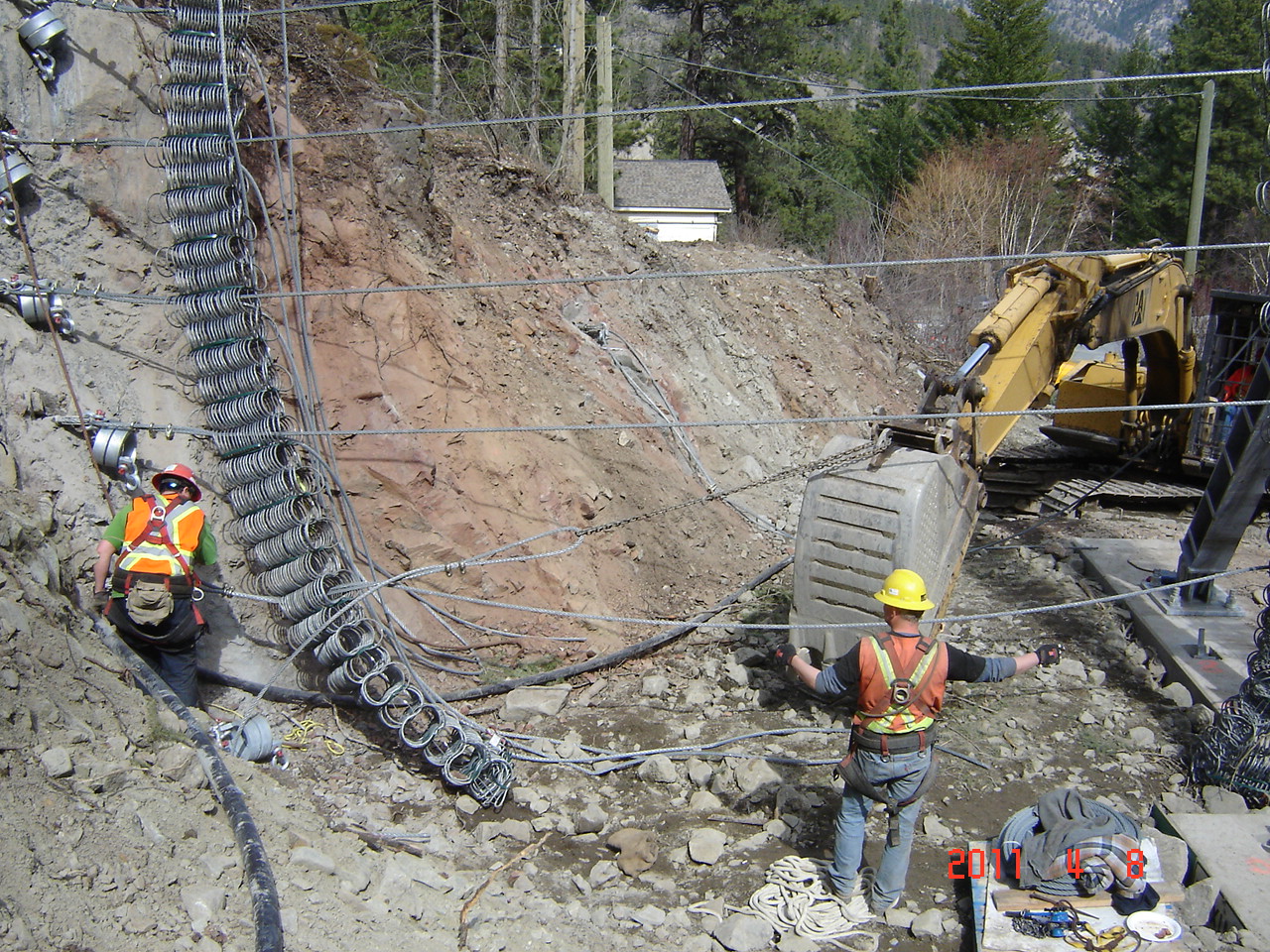 Last month, ministry staff installed a debris fence just north of Lytton that’s the first of its kind in North America. This type of fence is heavily used in Europe for catching rock and debris flows. Calling it a “fence” doesn’t really do it justice. At six metres (20 feet) high and 30 metres (100 feet) wide, it’s huge!

It was put up along the Trans-Canada Highway on a section that has been prone to debris flows. These flows are a mix of rock, water and wood that can fill the ditches and block the culverts, which can cause a potential flooding hazard. If they’re severe, they can even spill over the ditches, cover all four lanes of the highway and force a road closure.

The new fence will go a long way to prevent future problems in the area. As flows occur, the fence will catch it, and then we’ll remove the debris as needed to keep the area clear.